The dancers appear to be a teenage couple.

P1, a guy, has short fluffy hair and wears a pair of black-framed glasses, a red vest, has a bow tie and a pair of light purple jeans. 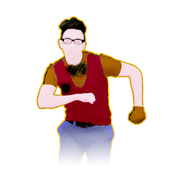 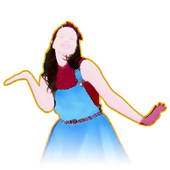 The background is orange and has lots of balloons. It also looks very papery and may have been colored with a crayon. When the tempo slows down, the background turns black, white and grey and so do the dancers. 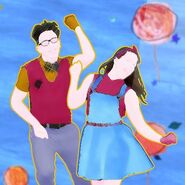 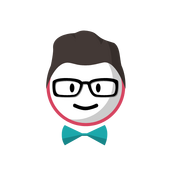 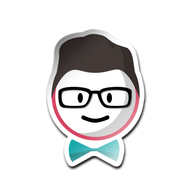 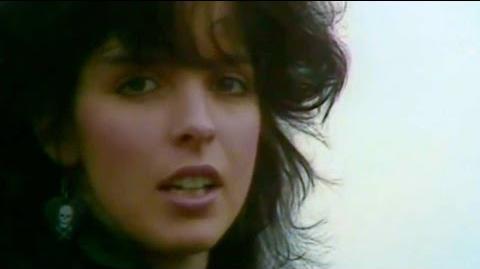 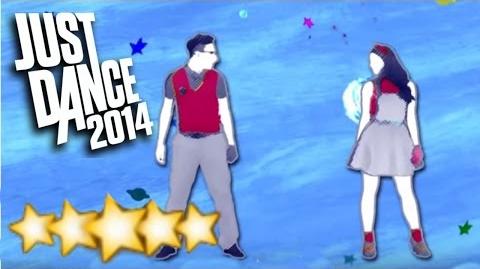 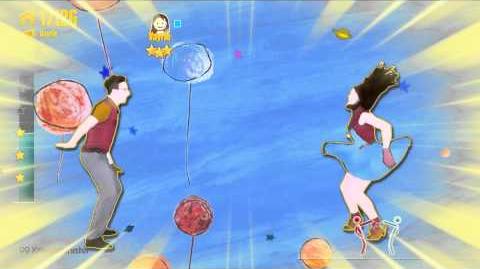 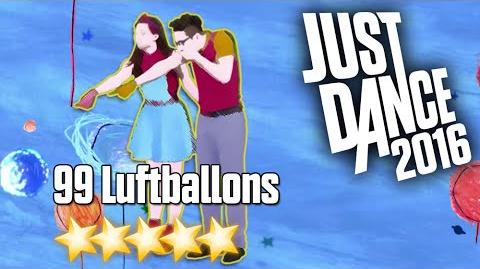 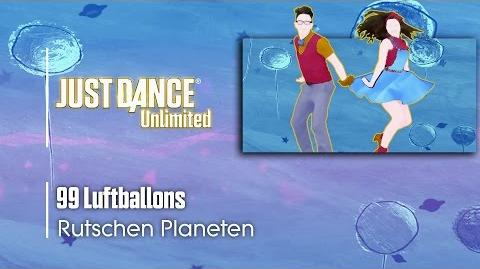