The dancer is a man. He starts off in a black suit and orange shirt underneath, with a blue tie and shoes. He looks like a government official. He then transforms into a red and green superhero outfit, ihe also has sunglasses and a necklace with the logo $, and stays like that for the rest of the song.

At the start, when the dancer is in a suit, he stands in an area based off of Times Square, made out of a reflective material like glass or plastic. The background is in a general dark blue color, with buildings with electric billboards.

When the dancer transforms into a superhero, the background changes into a scrolling star pattern of red, white, and green, corresponding with the colors on his costume.

In the rapping part, the background turns into a gradient of dark blue, with blue neon lights (buildings) turning on and off like an equalizer. A crowd is cheering in front of the buildings.

For the song, the background toggles through each phase, corresponding to the part in the song.

There are 3 Gold Moves in this routine, all of which are the same:
All: Point your fingers to your chest. 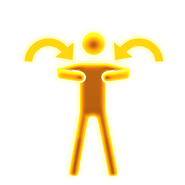 Alfonso Singorini appears in Party Master Modes. Here are the captions attributed to his dance moves: 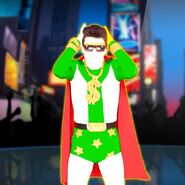 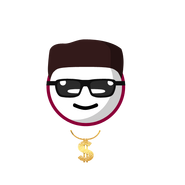 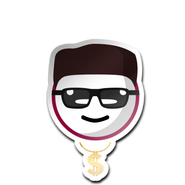 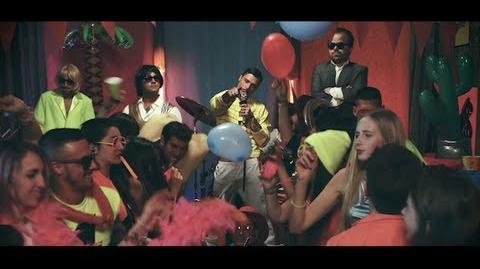 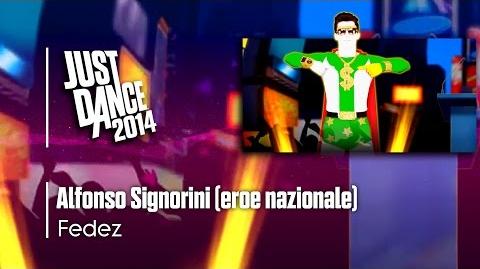