The dancers are a man and a woman, both dressed in 30s fashion.

P1 has purple and pink hat that appears to be a fedora, beige vest, white shirt and pink tie underneath, beige jeans with pink belt and a small chain, and white and pink shoes.

P2 has purple hair, and wears a purple and pink dress, and pink heeled shoes.

A downtown highway with silhouetted buildings that are moving. There's also different coloured wavy lines in front of the avatars.

Gold Move 1: Sway forward.
Gold Moves 2 and 3: Punch the ground twice with your right hand while crouching down and putting your left hand on your left leg. 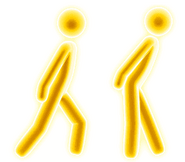 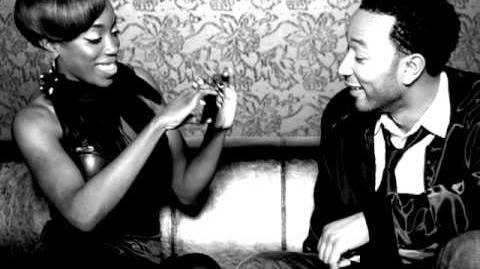 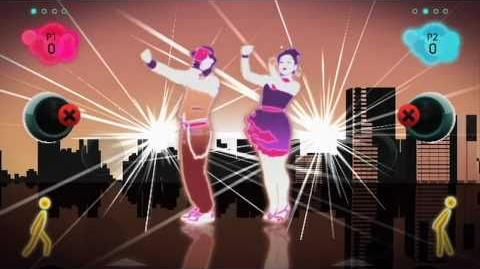 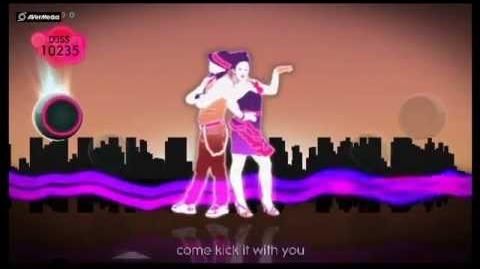 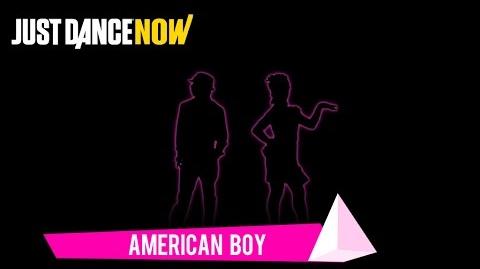