Big Girl (You Are Beautiful)

The dancer is a woman with fuchsia hair which is allowed to flow. A small orange top hat with a turquoise bow covers her hair.  She wears a yellow ridged dress with the colors green and fuchsia. She is the first "plus-sized" dancer.

In Just Dance Now she looks more realistic, but the outfit remains exactly the same as in Just Dance 2. 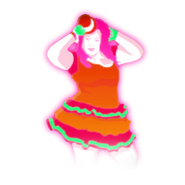 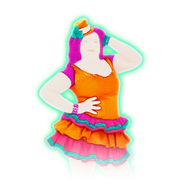 A pink background, with pink yellow lines forming in the background, and light pink wavy lines moving forward on the floor. There are also 4 flashing stage lights on the ceiling.

The entire background is upgraded, with lots of lines in the background, and the floor. There are now also stage lights on the sides.

All: Put your hands behind your head and shake your left hips.

Big Girl is featured in the following Mashup:

Big Girl appears in Puppet/Party Master Modes. Here are the captions attributed to her dance moves:

Big Girl (You Are Beautiful) 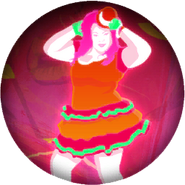 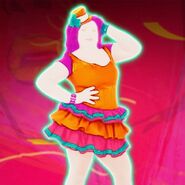 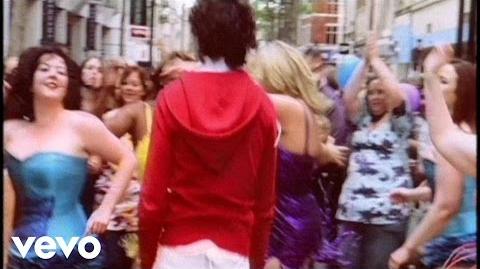 MIKA - Big Girl (You Are Beautiful) 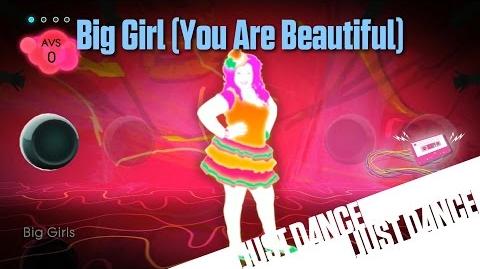 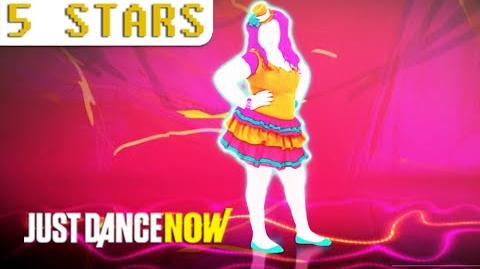 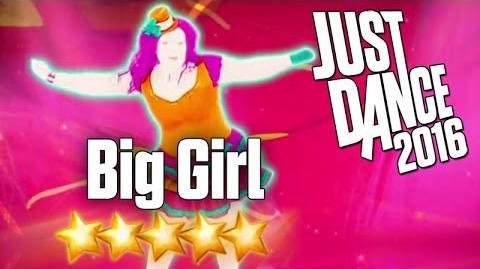 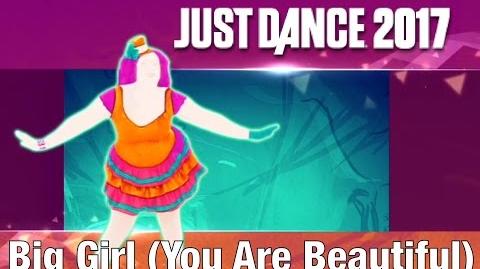