The routine is performed by a trio consisting of a two women and a man.

P2 is a woman with long red hair. She wears half a navy blue blazer which covers a pink top, as well as half a black bra over a black lace shirt, a pair of black one-legged long pants, and navy blue heels, one of which has a leg strap. Her outfit is androgynous, being based to be half masculine and half feminine.

The backup dancers both wear black diamond encrusted masks and black suits with matching shoes. P1’s (the male's) suit has red accents, and P3’s (the female's) suit has black accents. 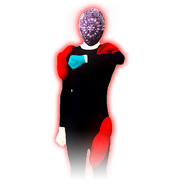 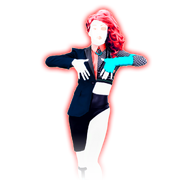 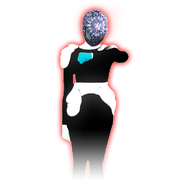 A nerdy boy with the following features:

In the chorus, his sweater turns turquoise and his pants turn purple.

The background takes place in a circular warehouse. The walls have black curved bars, around are some light up squares and shining lights. The floors have a white circular lace design. The background is shown to start off as royal blue, and transitions to red. Numerous clones of the backup dancers are shown during the routine. At the chorus, the ceiling curves down with the wall and flashes white on the bars. The middle circle is a fiery orange and the walls rotate accordingly. The background turns black and flashes the dancers in the three circles.

The alternate background take place in a large library. During the first and second verses, the bookshelves and wooden floors are brown, the floors having a blue and white tile line. There are large arch windows shining daylight. The books on the bookshelf flash different colors throughout the routine. During the choruses, and for the rest of the routine after the second chorus, the library darkens, with multiple colored panels and the windows shining pink. 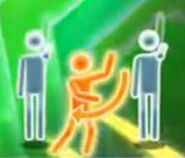 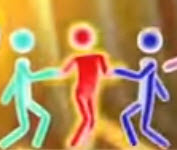 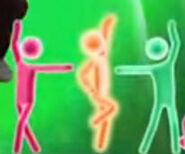 Born This Way has a Trio Mashup with the theme Triplets which can be unlocked for 1000 Mojo Coins. It features trios whose dancers are similar in appearance.

Born This Way appears in the following Mashup: 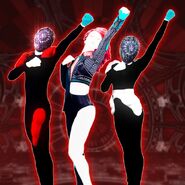 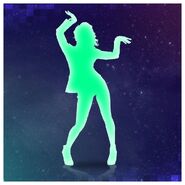 Nerd Version in the menu

Behind The Scenes of the lead dancer

Behind The Scenes of the backup dancers 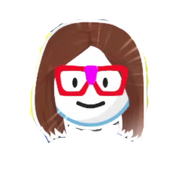 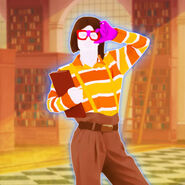 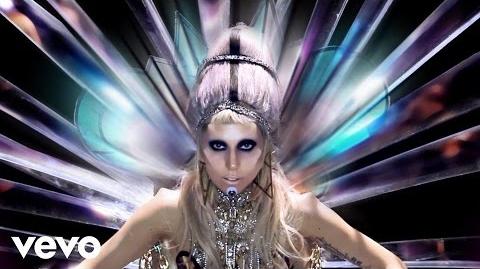 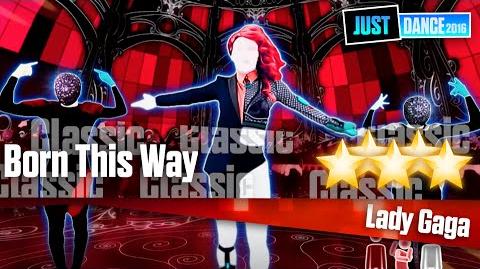 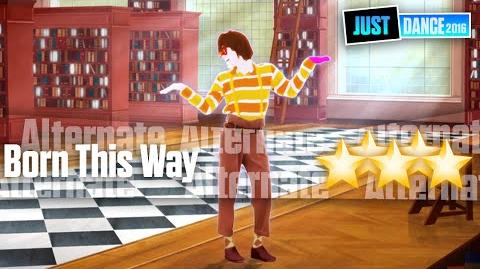 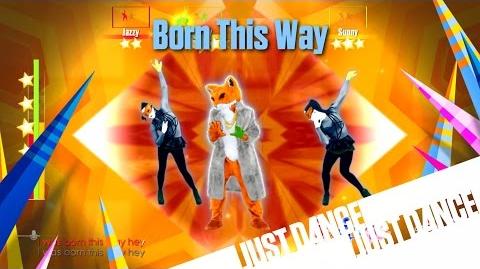 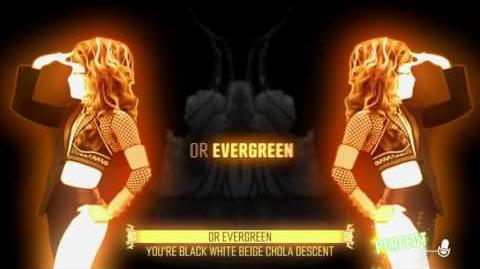 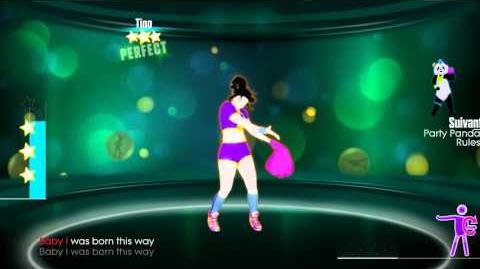 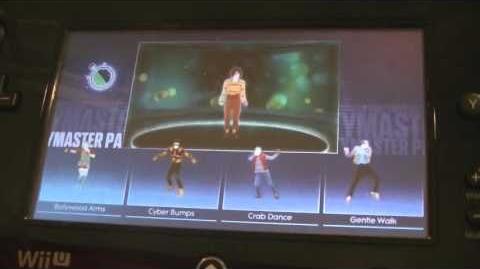 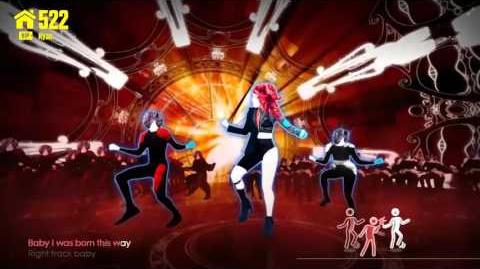 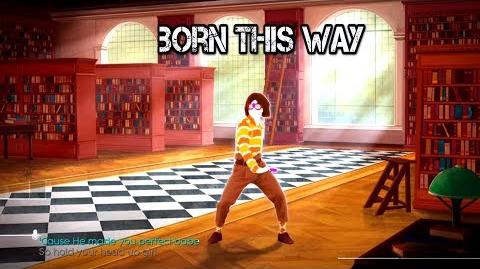 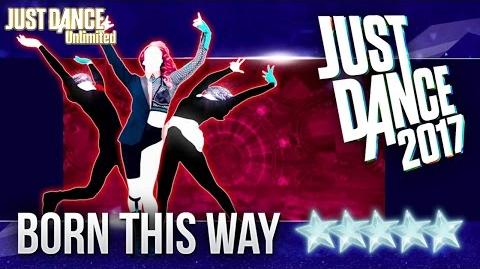 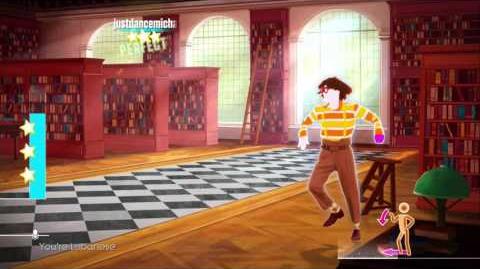