The dancers are a girl and a male panda respectively with the following features: 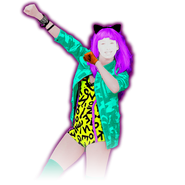 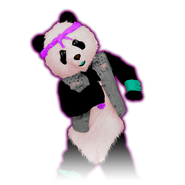 The coaches seem to be at a dress-up party, and on a dance floor. Notable items are a chair with a pillow on it, a mat and a shaped table. The dancers are dancing in front of the crowd and silhouettes of other people can be seen performing various actions. The background changes color at different times.

There is one Gold Move per coach in the Classic routine:

There are 2 Gold Moves in the Sweat Mashup, both of which are the same:
Both: Give a slow thumbs up. (Boomsday) [Not counted on the Wii, Wii U, PS3 and PS4 (Move version)]

C'mon has an Sweat Mashup that can be unlocked with 5 Mojocoins.

C'mon has a battle against #thatPOWER that can be unlocked for 10 Mojocoins. For the battle, click here.

C'mon is featured in the following Mashup:

The panda dancer, a fan favorite

Panda as a backup dancer in Happy

The panda costume in real life 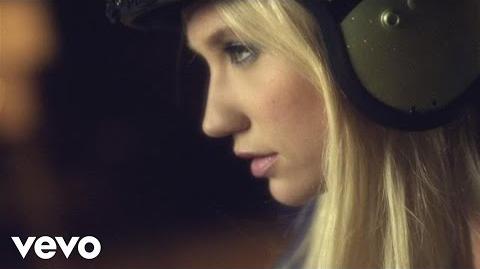 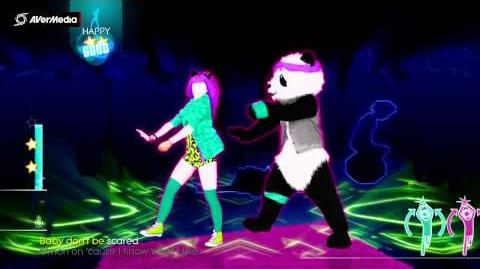 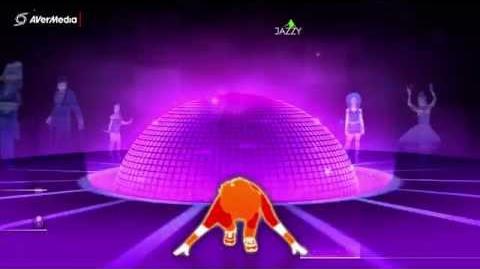 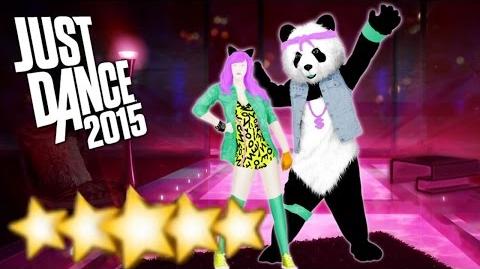 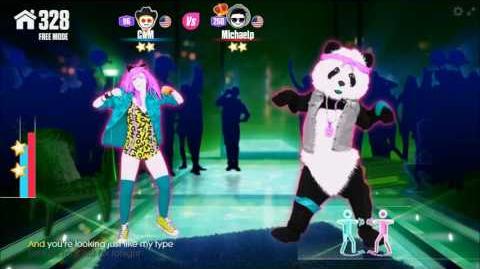 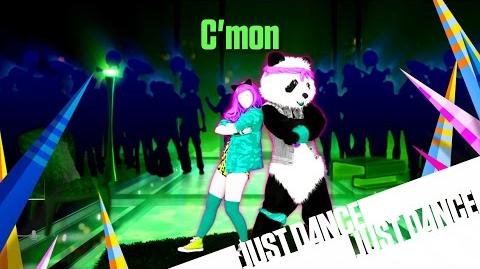 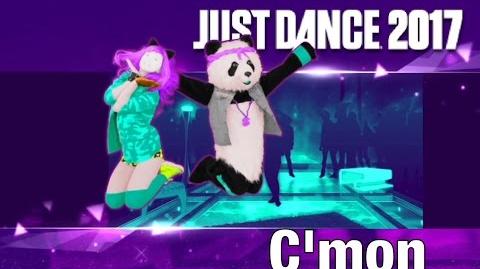