In her remake, her hair is now in a shade of dark blue and her shirt is now cyan with dark blue stripes. Her pants are also dark blue - with a single pink stripe - and her bracelet is in a shade of blue as well.

The stage has a dark steel background with phone cords all around it and stage lights on the floor.

In the remake, the background is pink and the cords are light blue and black; there are also some lights on the floor. Whenever, the Gold Move occurs, it gets darker, and it turns blue in the bridge.

There is a total of 3 Gold Moves in this routine, all of which are the same:

All: Shake both of your arms.

Call Me appears in Puppet Master Modes in Just Dance 4. Here are the captions attributed to her dance moves:

Call Me
Callme.jpg
Call Me (Remake) 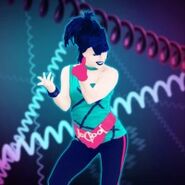 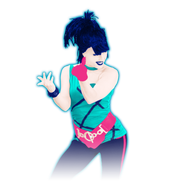 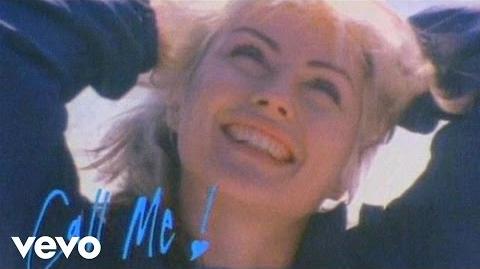 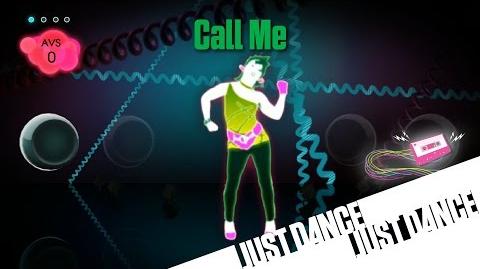 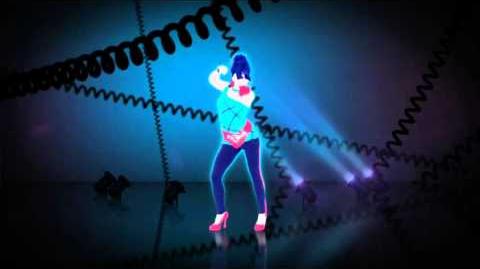