The dancer is a girl with pink hair, and she wears a golden dress with a pink heart in the middle and a pink line coming from the heart. She wears golden high heels as well.

The dancer wears the same dress but now she has a purple jean jacket on top of her dress, also her hair is pink from the top and purple from the tips. She is now wearing golden sneakers.

The dancer wears the same clothes as in the Alternate version but now has no heart on her dress. Her hair is now black and her jean jacket is pink like the heart on on the classic mode dress. Her glove is now sky blue. 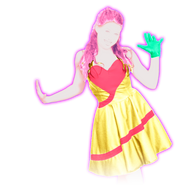 The dancer performs inside what appears to be a smartphone. The phone background is orange/pink with swirls on it. Also, orange apps are noticeable, and they play a big part during the dance routine. When the chorus appears, emoticons and symbols can be seen "raining" down. The Alternate mode have the same Background but the movement of the apps are different. When the routine ends, the phone runs out of battery making the background completely black with a red low battery sign. Also, before the dance zooms in on the smartphone, a book with the lyrics from the song can be seen.

There are 5 Gold Moves in the Classic routine:
Gold Moves 1 and 2: Bang your fist in the air fast once.
Gold Move 3: Hold your arms out.
Gold Move 4: Wipe you hands away from your face with your palms facing the screen.
Gold Move 5: Put your hand in a phone-talking pose fast when "So call me maybe" is sung.

There is 1 Gold Move in the Alternate routine:
Gold Move: Do the phone-talking pose, but "throw the phone away" and jump with your right hand stretched out when "So call me maybe" is sung.

The following are available as Dance Quests for Call Me Maybe:

Call Me Maybe has a Mashup.

Call Me Maybe has a Puppet Master Mode only on the Wii U. Here are the captions in order of appearance:

Call Me Maybe has a battle against Beauty And A Beat. For the battle, click here.

Call Me Maybe appears in the following Mashups:

Both versions of Call Me Maybe appear in Puppet/Party Master Modes. Here are the captions attributed to the dance moves: 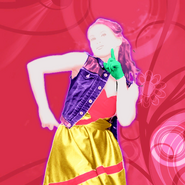 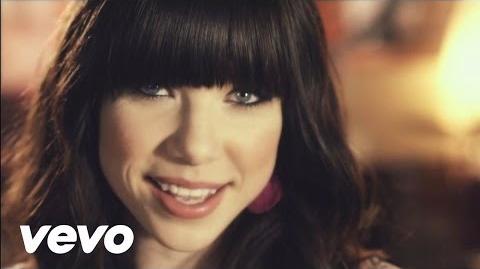 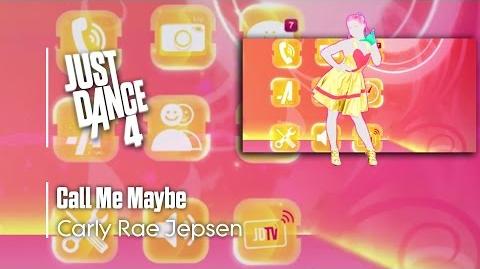 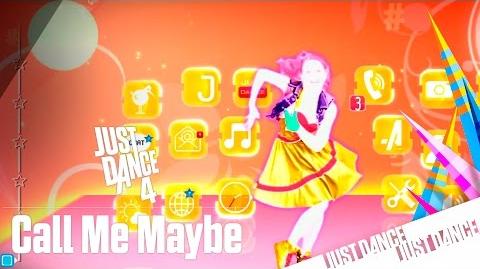 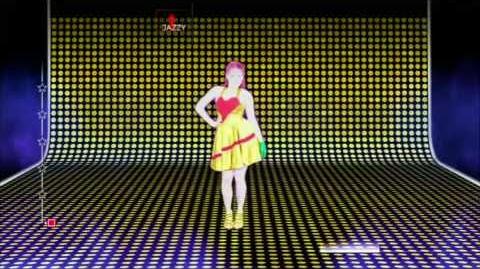 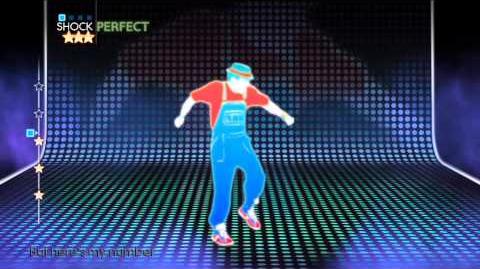