Calling All the Monsters

The first backup dancer wears a red-and-white plaid jacket, white shirt, and brown pants. He is later replaced with a vampire, who wears a white shirt, red vest & cape, and black pants.

The second backup dancer is a boy with a ripped tuxedo. He is later replaced with a girl that wears a black dress with spider webs.

This is a haunted mansion. During verse 1, the dancers are in the main hallway. When the second verse starts, the scenery then changes to a balcony.

There are two gold moves in this routine; both of them are the same.

All gold moves: Shake your hands like you're afraid. 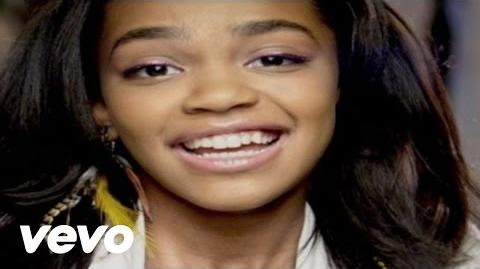 China Anne McClain - Calling All The Monsters (from ANT Farm) 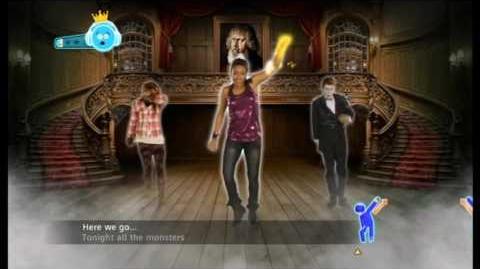