The backgrounds are very colourful and bright. It starts off with a turquoise backdrop with added items as the dance proceeds. These items include clouds, mountains, cacti, a flamingo wearing a cowboy hat, a red car and a fruit smoothie with a fish in it. They move along to the beat of the song. Once changed to the pirate outfit. It is a red sunset backdrop with clouds. The final scene shows The Heist flag from the music video with trombones that go along with the song.

There are 5 Gold Moves in this routine:
Gold Move 1: Swing your arm.
Gold Moves 2, 3, and 5: Cross your arms.
Gold Move 4: Stick your right hand up in the air and shake your hand while you hold out your left arm.

Can't Hold Us is featured in Party Master Modes. Here are the captions attributed to his dance moves. 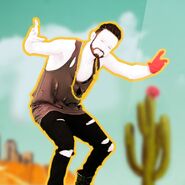 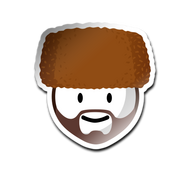 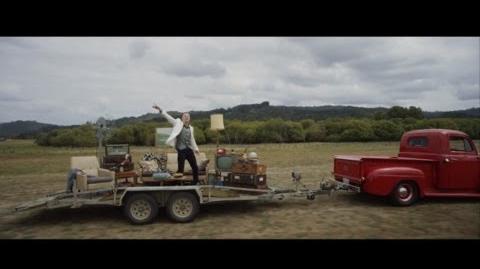 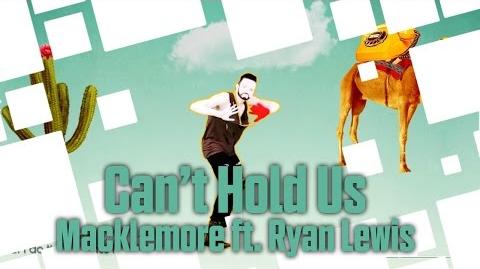