P1 is a female and has a green and white dress . She has high green and black striped stockings, and black shoes.

The background is in a forest. There are trees to the side and a big waterfall flowing into a pond in the back. There is also a shining pot of gold in the center, that a rainbow shines onto towards the end of the song. 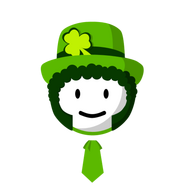 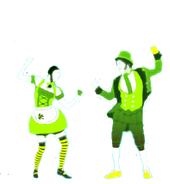 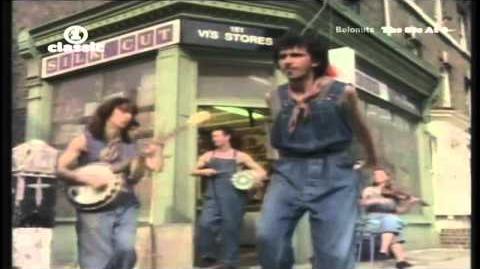 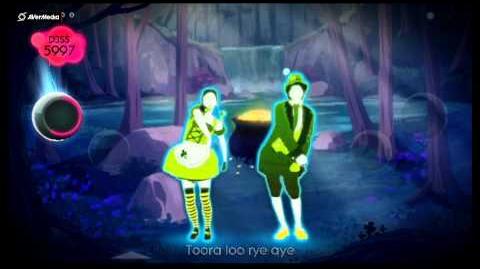 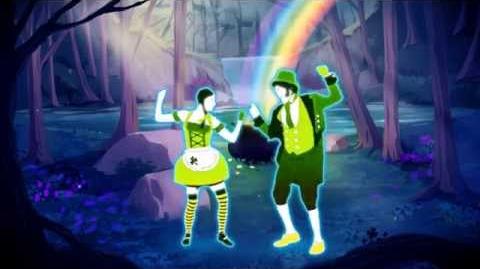