The dancer is a woman that wears the following:

The background is very similar to Dance All Nite and I Feel Love. She is somehow floating on a platform in outer space, and futuristic effects appear during the song. During the refrain the background moves, it looks like dancer is in black hole or something similar. At the end of the song, she is abducted by a spaceship.

This routine contains a total of 2 Gold Moves:
Gold Move 1: Open both of your arms when "And that's true" is sung.
Gold Move 2: Put both of your hands up. This move concludes the routine. 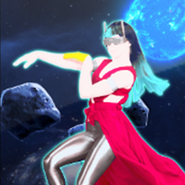 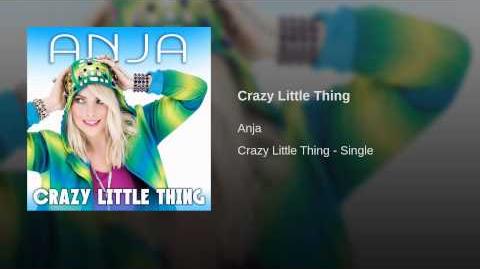 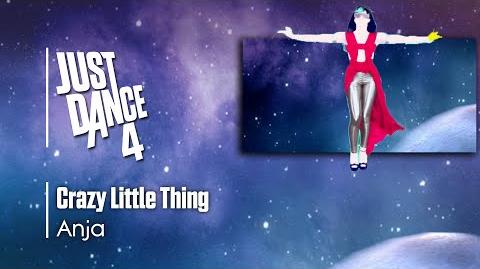