P1, is a woman, wearing a pink dress with a blue belt. Her jacket and hair are a very dark blue-green color. The female is also wearing a pink diadem and blue earrings and high-heels.

P2, is a man, dressed in mostly dark blue-green colours, but he's wearing a pair of pink glasses, a pink belt and a blue jacket. His hair is dark green like P1. 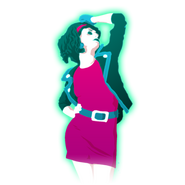 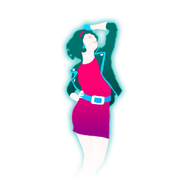 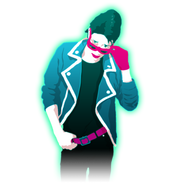 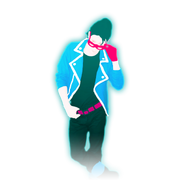 The dancers are at a rainy Movie Drive-In in the evening. The movie on display appears to be about the two dancers and is styled like an old silent movie.

The song on Just Dance 3
Crazylittlecalledlovepictos-sprite.png 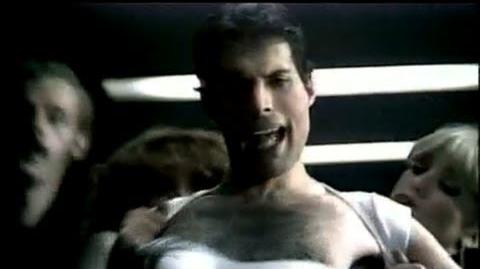 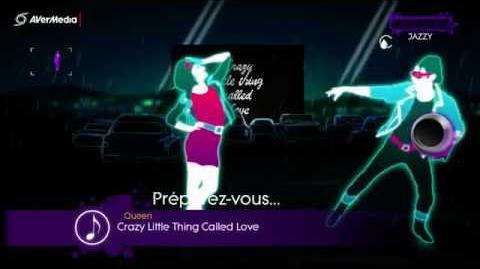 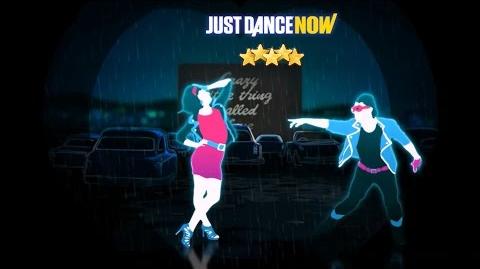 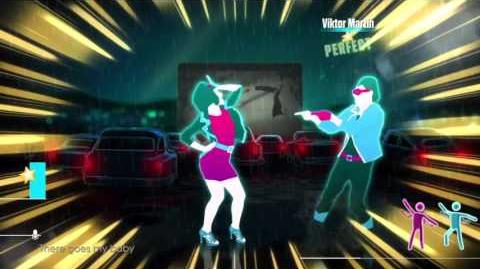 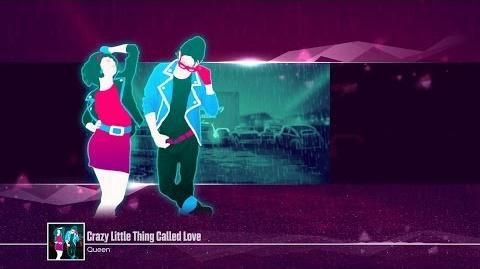