The coach, a male tribal dancer with greenish skin, wears a painted African woodmask, a brown grass skirt as well as two brown wristbands on each arm.

The dancer is dancing on a savannah. There's an active volcano in the back which throws lava and spears can be seen set up in the grass. Every time the dancer rises his hands he summons lightning which strike the spears.

There's only one Gold Move in the routine:

Only Gold Move: Move your right hand in a half circle towards the screen meanwhile your left hand is behind your back.

Dagomba appears in the following Mashups:

Dagomba appears in Puppet/Party Master Modes. Here are the captions attributed to his dance moves: 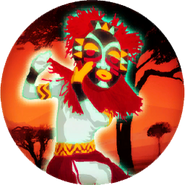 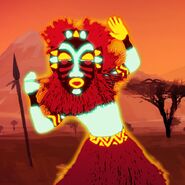 Extraction of the dancer 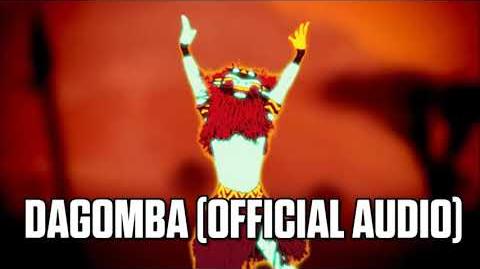 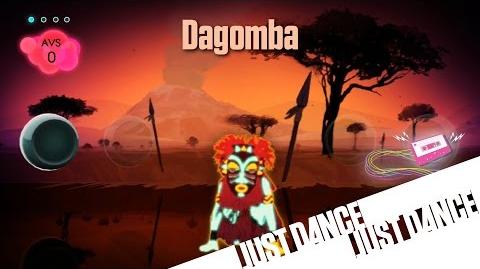 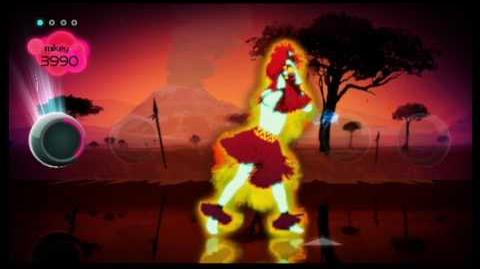 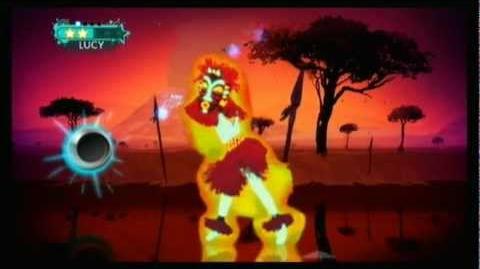 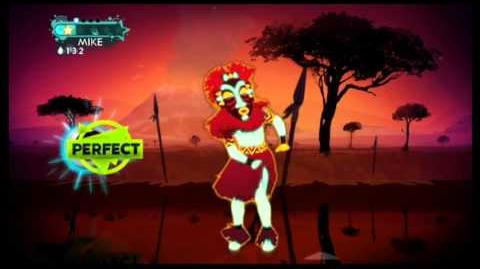 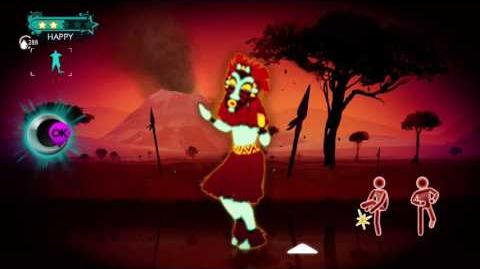 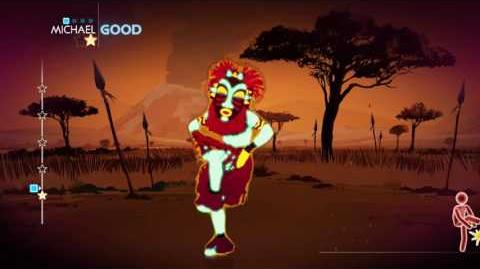 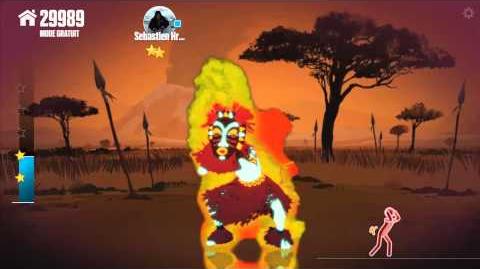 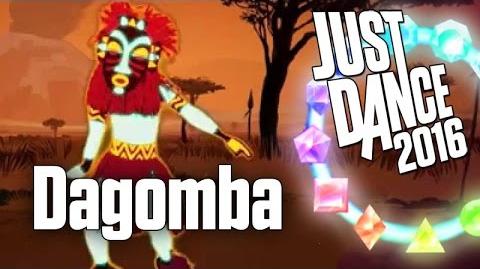 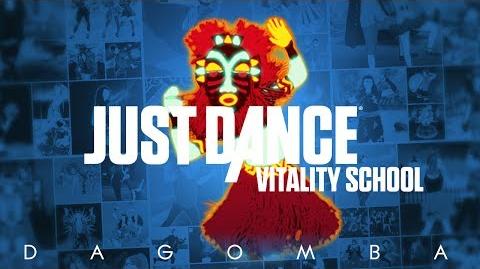 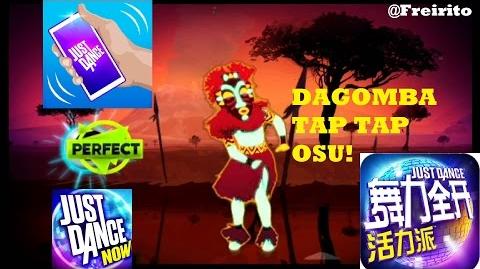 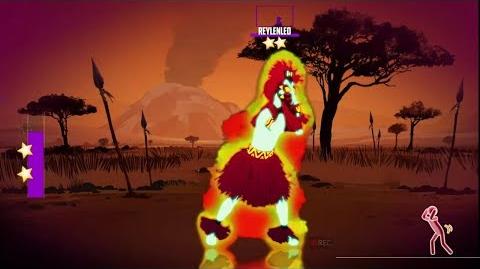