The dancer is a woman dressed very similar to a popstar. She wears a short sleeve purple and pink sequined dress, with orange fur on sleeves. She also wears matching purple boots, with pink sequins on the toes. Along with a light purple glove, she has short dark purple hair, and a small microphone accessory, as if she's singing.

The background is basically the woman standing on a narrow and reflective rectangular stage, with rotating squares in the background. These squares features thin lights. On the Xbox 360 version however, the background has slight effect differences.

There are a total of 3 Gold Moves, all of which are the same:

All: Put your arm with your head on it, like you're resting on a table.

Dance All Nite is featured in the following Mashups:

Dance All Nite appears in Puppet/Party Master Modes. Here are the captions attributed to her dance moves: 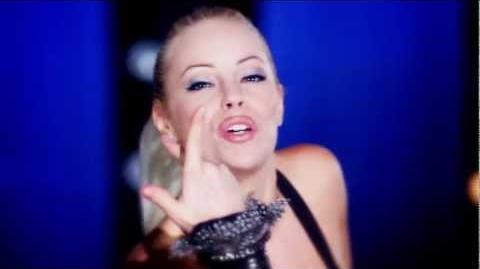 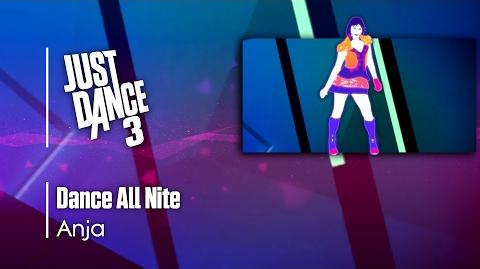