Eye of the Tiger 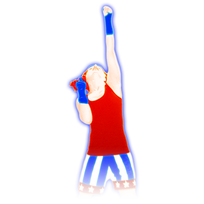 The coach is a female boxer. Her outfit is a boxing outfit for women: red shirt, blue gloves, white and blue striped shorts with white stars with a red background on them, red socks and red Converse with blue laces. Her hair is red, curly, and in pigtails, and she wears a blue headband.

The background is a blue boxing arena with a red background, a crowd of people, and lights.

On Greatest Hits, the background has stricter features: the edges of the ring are seen, there are more lights, and the audience reacts more.

In Just Dance Now, the arena is much more realistic, there are some lights in the background that follow the beat of the song, and a pink fog covers the audience.

The routine has 3 shake moves on Just Dance:

All: Lean forward and shake your arms vigorously. This is done during all the lines that say "And he's watching us all with the eye."

There are 4 Gold Moves on the Greatest Hits and Just Dance Now version of the routine:

Eye of the Tiger appears in the following Mashup:

Eye of the Tiger appears in Party/Puppet Master Modes. Here are the captions attributed to her dance moves:

Eye Of The Tiger

Eye Of The Tiger (JD:GH) 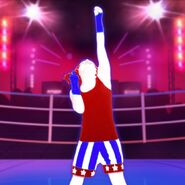 Eye of The Tiger (Remake)
EyeoftheTigerMenu.png 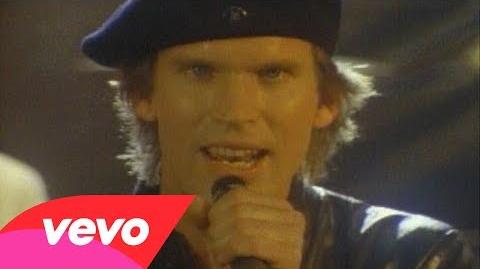 Survivor - Eye Of The Tiger 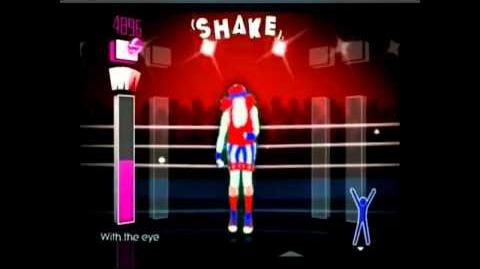 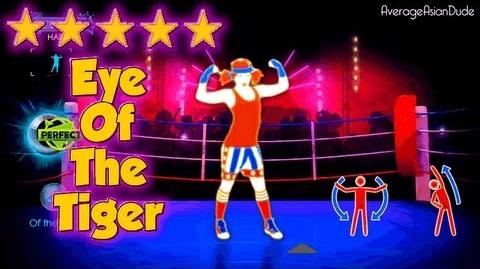