"Fame" by Irene Cara (covered by In the Style of Irene Cara in-game) is featured on Just Dance, Just Dance 3 (as a DLC), Just Dance: Greatest Hits/Best Of, Dance on Broadway and Just Dance Now.

The remake features the dancer with a light purple top and long pants. Her hair is now in a shade of yellow, and her wristbands are in mango yellow. Her headband is pinkish instead of the original red, and her pants look slightly lighter and a bit silkier. 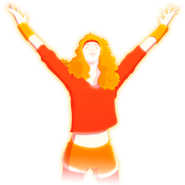 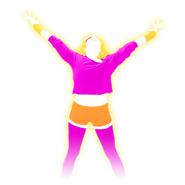 The routine takes place in a brightly-shining green room with a disco ball above on the dancer which symbolizes fame. There are also spotlights in the background that flash to the beat of the song or the dancer's dance moves. In the Just Dance Now remake, the background is shown to be bright blue with pink triangles.

There are four Gold Moves which are only present for Just Dance 3 and any games onward. They are all the same.

All Gold Moves: Throw both of your arms out. This occurs when the chorus starts and as the last move of the routine.

Fame appears in the following Mashups:

Fame appears in Puppet/Party Master Modes. Here are the captions attributed to her dance moves: 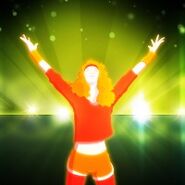 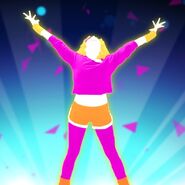 The beta version. This version uses a gold sequin outfit and Womanizer's background.

Another beta for Fame. This time the F is placed at the right 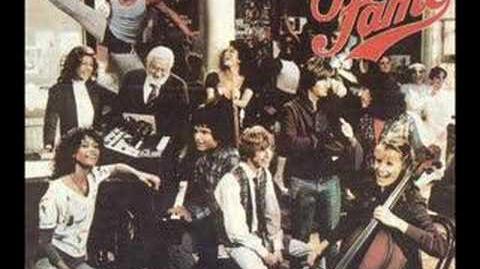 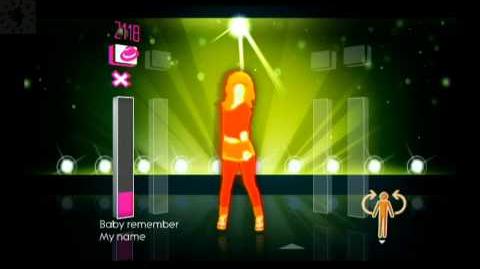 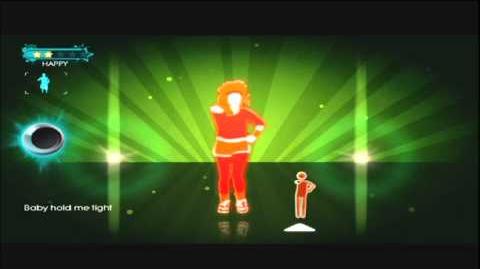 Just Dance 3 In the Style of Irene Cara Fame 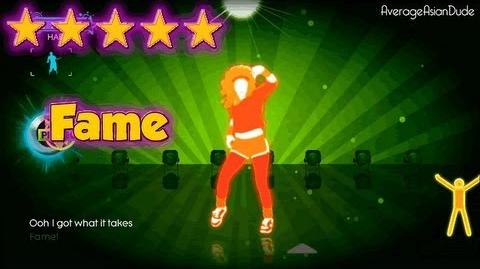 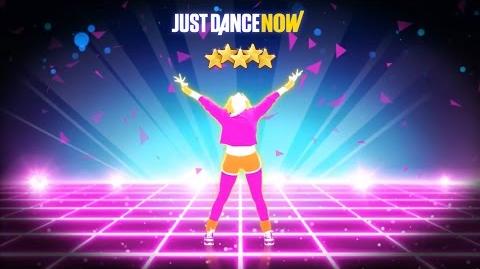 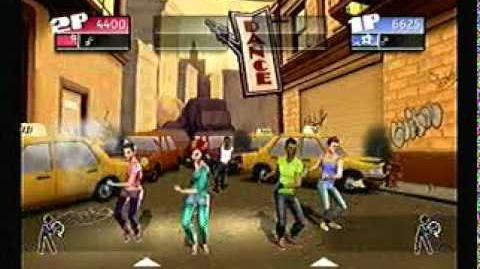