The dancers are a trio of women with looks inspired by the 1990's.

P3 has black hair tied up in a ponytail. She wears a turquoise cropped turtleneck, lavender shorts with yellow and black garters, black leggings, and yellow shoes. 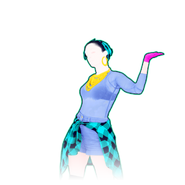 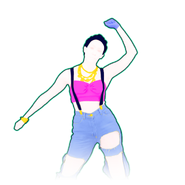 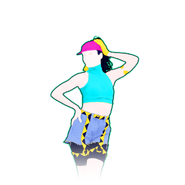 The alternate dancer is a woman in Bollywood fashion. She has short black hair with a red scrunchie. She wears a gold bindi, a purple crop top, a red and purple saree cape, red loose pants, and golden jewelery.

The background begins with a black backdrop and the song's title. After the intro, a carrier of a delivery truck is present in a still life shot with a time lapse technique. The carriers are red, orange purple and blue. This image flips horizontally. At the chorus, there are wooden crates of different colors. They are under some of the lyrics of the song, which in the background are shown to be large with neon color changing outline.

The alternate background has a pink and peach backdrop with animated gold mehndi patterns. The patterns may appear from sand, and will spin and flash with the beat. During the chorus, clones of the dancer will appear with colored mehndi patterns below them.

There are 4 Gold Moves in the Indian Version routine:
Gold Moves 1 and 4: Push your hands from right to left.
Gold Move 2: Leap and fall on your knees.
Gold Move 3: Extend your right hand.

All: Put your hands up while rotating your basin. (Soul Searchin')

Fancy has a Mashup with the theme Retro Men which can be unlocked for 1000 Mojo Coins. It features male dancers dressed in retro fashion. 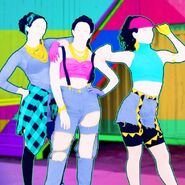 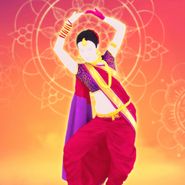 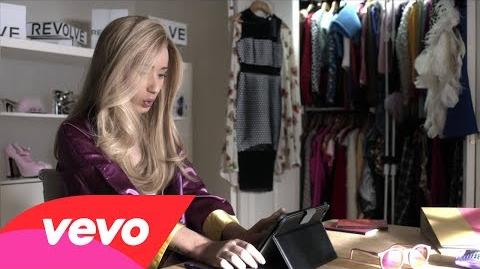 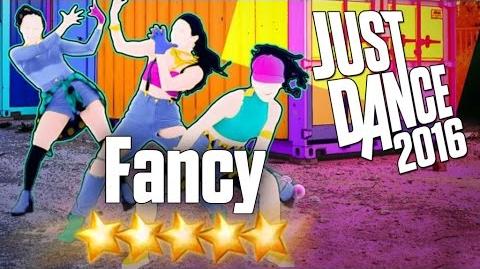 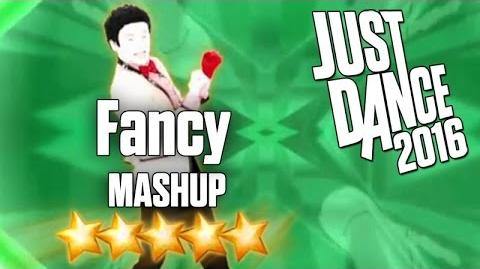