The routine takes place in front of a wall of colorful kaleidoscopes of shapes and colours.

There are only 1 Gold Move in this routine:

Only Gold Move: Hop and swing both of your arms upward.

Fatima has an unlockable Mashup with the theme World Music that can be unlocked during March. It features cultural dancers. 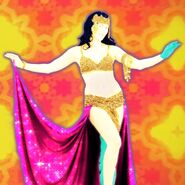 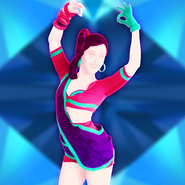 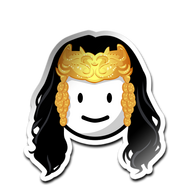 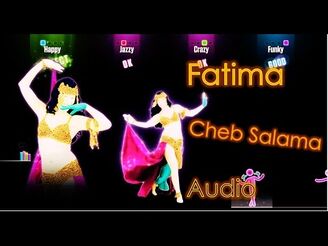 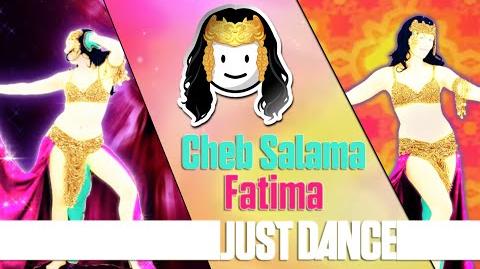 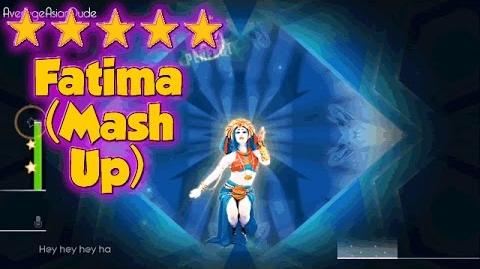