The dancer is a woman with purple hair, and she wears an indigo romper with pink star, as well as a wristband that is also indigo and a bow and wedges that are mint green.

In her remake, she looks slightly realistic. The remake shows her shirt and the stars in a more shade of magenta. Her ribbon is now electric green instead of its original color. Same color with her glove. Also, her hair is in a darker shade of purple. Plus her high heels are smurf blue. Similar to Take On Me, her face is barely visible. 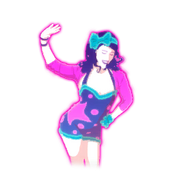 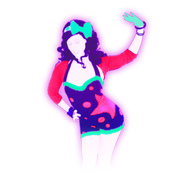 There are 6 Gold Moves in the routine, all of which are the same:

All: Point your right hand to the screen when "Baby, you're a firework" is sung. 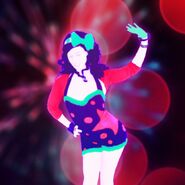 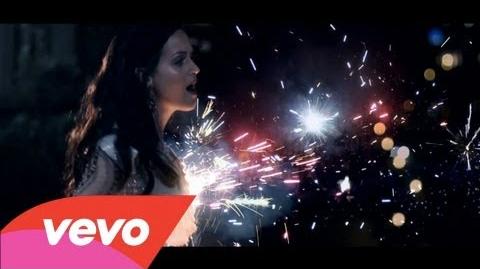 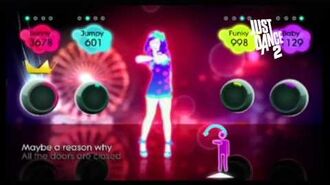 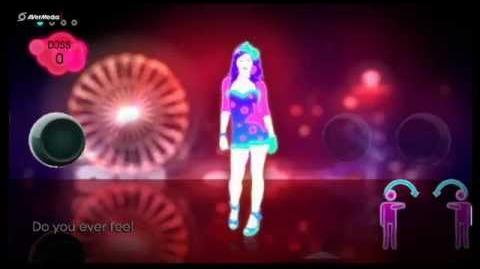 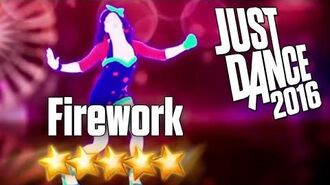