The background begins with a purple curtain in a dark room. The floor looks like a stage with a sun design. When the song starts, the curtain opens and a theme park is behind it with a ferris wheel and fireworks. There is also a ring with a sun design at the right and a base where animals would sit on on the left. At the upper left, a sun styled spotlight is there and the north a somewhat door design.

At the chorus, the curtain closes and the ring flames up while spotlights turn on and off. The sun spotlight goes on until the end of the chorus and the door design flashes. When "I'm gonna burn it down, down, down," is sung, three spotlight shine above the dancer at the same time.

The background keeps the same routine until after the second chorus. The ring's flames go off, the three spotlights from the same line ( "I'm gonna burn it down, down, down,") and the dancer has a glowing white outline while the dancer darkens at the same time the floor design disappears. After that, the chorus stays its routine.

The coach in the Just Dance 2014 Mashup Background 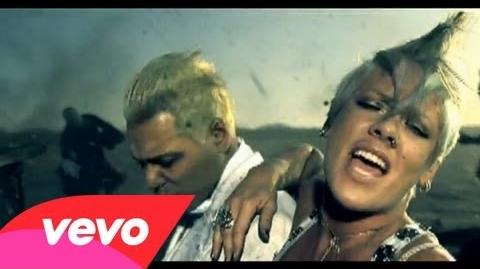 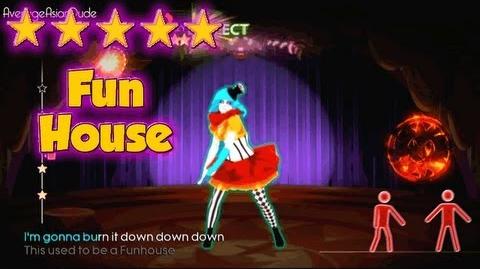 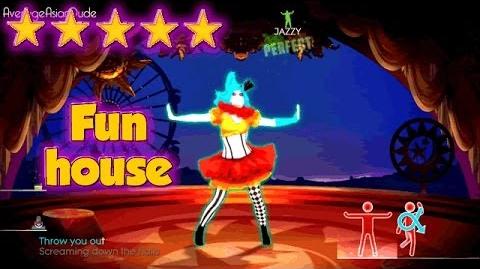 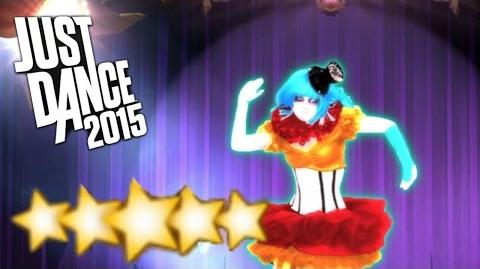