"Gakuen Tengoku" by Dream5 is featured on Just Dance Wii U.

The dancers are a pair of teenagers, a girl and a boy.

The background is a stage with a piano, three boxes, one with a star, a Japanese festoon and confetti rain. It looks like a graduation party.

There are 3 Gold Moves in the routine:
Gold Moves 1 & 3: Shake your hands in the air.
Gold Move 2:
Note that P2 does his Gold Move before P1. 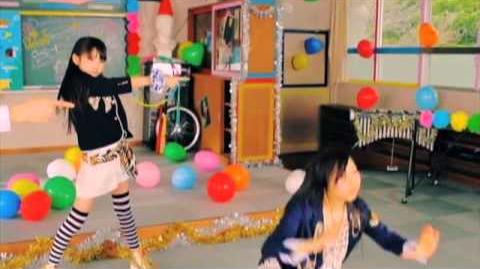 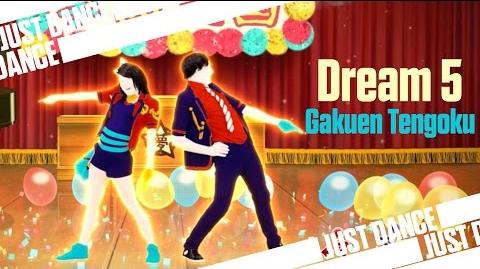