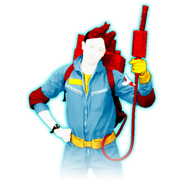 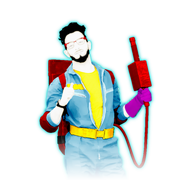 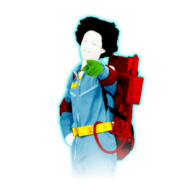 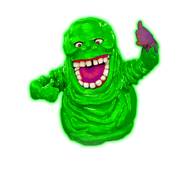 The sweat coach is a teenage girl; her hair is black and curly, and is tied up with a bandana. She wears a very detailed jacket, denim capri shorts, and purple-and-yellow sneakers. 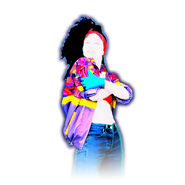 The background looks like the night. Around is a lot of purple and white smoke, and in the sky is a smokey spiral. There's a house outline from time to time. Stay Puft also appears during the routine.

The background in the sweat version is the same shape as the other sweat versions. It lights up purple and yellow.

There is one Gold Move in the Sweat routine.

In the sweat version, the girl does a quick hop and then the "GET UP!" signal with her hands during "Yeah yeah yeah yeah!".

There are two Gold Moves in the Mashup.

Gold Move 1: Kneel on your right leg and make a circle with your right arm (Crazy Christmas).

Gold Move 2: Put your hands on your knees and then shake your knees (Disturbia). 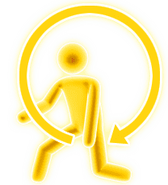 Ghostbusters has a Mashup which can be unlocked in the month of February.

Ghostbusters is featured in the following mashups: 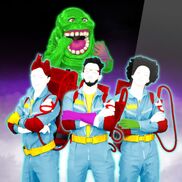 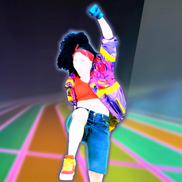 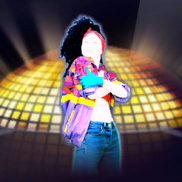 The Slimer costume which acts as a blue screen 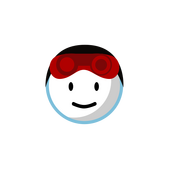 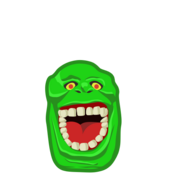 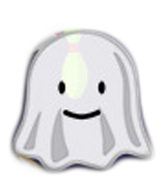 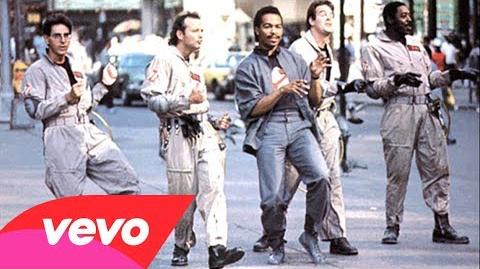 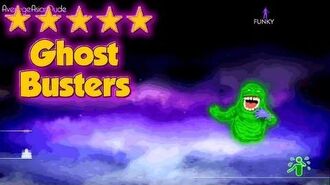 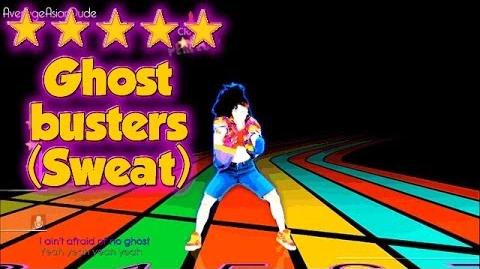 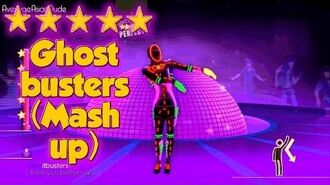 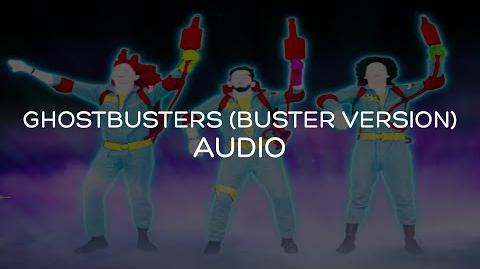