The lead dancer is a woman with black fluffy hair, a metallic gold low cut dress and gold and black ankle heels. The backup dancers are men in gold necklaces, pinkish-red body suits, and yellow shoes. The left dancer's suit is sleeveless while the right dancer's suit is short sleeved. 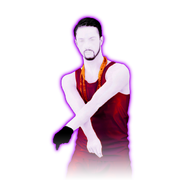 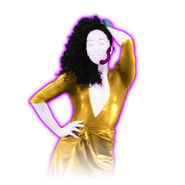 The dancer looks similar to the Just Dance 2014 dancer. In the beginning, she has two brunette pigtails and wears a high-value blue dress. Her outfit changes to a purple sparkly dress with her hair down.

The background appears to be a small stage with a cheering audience surrounding it. The background changes mostly between yellow, orange, red, purple and a stage light in different colors, but at a period of the choreography the background turns blue-green with basically the same effects.

There are three Gold Moves in the Classic routine, all of which are the same. It is done before the beginning of the chorus.

There is one Gold Move in the On Stage routine.

There are two Gold Moves in the Mashup.

The ABBA: You Can Dance version has 4 Gold Moves.

Gimme! Gimme! Gimme! (A Man After Midnight) appears in Party Master Mode. Here are the captions attributed to her dance moves: 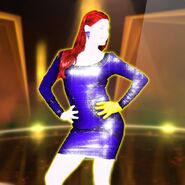 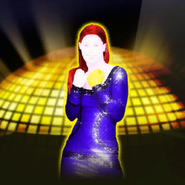 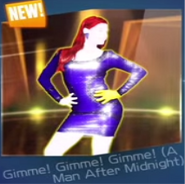 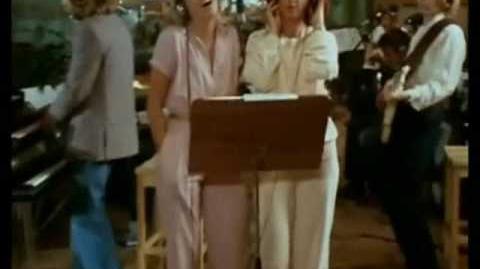 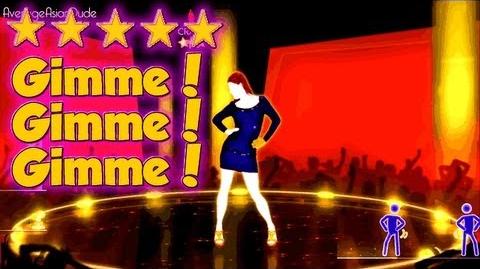 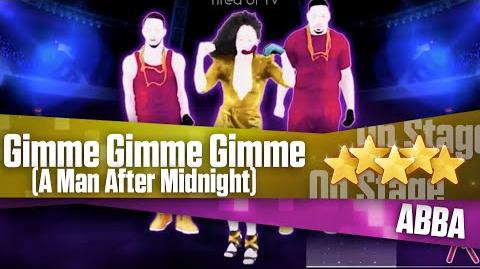 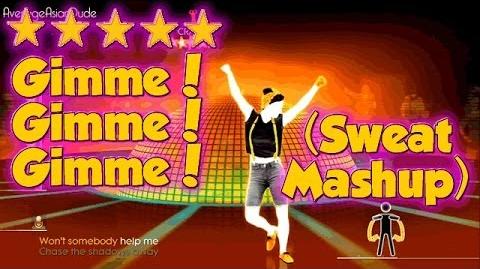 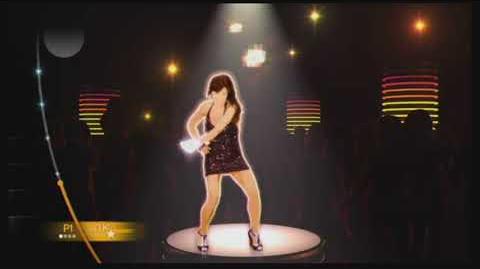