Purple
(based on later Pictograms)

"Girls & Boys" by Blur is featured on Just Dance.

The dancer is a girl who wears a red vest and tie, purple and white striped tunic, red pants, purple shoes, and a red and purple fedora.

The background is blue with a thin white grid. It has a dark blue boarder and shines a small bright blue light. The word "Mr" appears on the wall written in green. The floor is reflective.

Girls & Boys is featured in the following Mashups:

Girls & Boys appears in Puppet Master Modes in Just Dance 4. Here are the captions attributed to her dance moves: 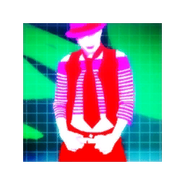 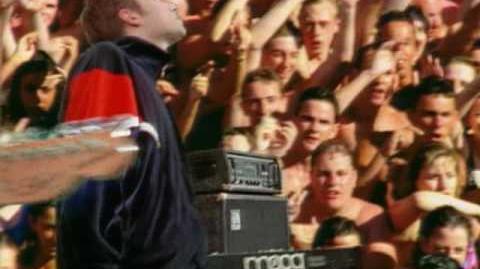 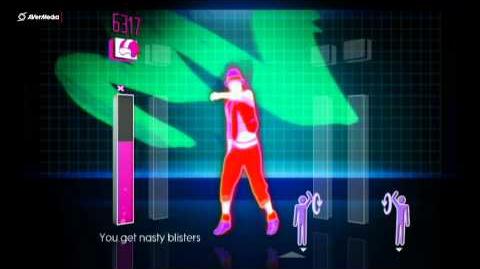