"Gold Dust" by DJ Fresh is featured as a DLC on Just Dance 4.

The dancer is a larger man wearing a red shirt, a purple coat, a pair of red and purple checkered shorts, a pair of dark blue socks, a pair of black leather shoes, as well as a black fanny pack.

The background consists of a street during daytime with stylized silhouettes and cars passing by, with also a bus stop sign. At a moment, the background turns nighttime and is distorted by waves. The board on the bus stop advertises (in order of appearance) bounce.it music players, Tyrio laptops, a brand of paint and CoMpAnY. A red and a yellow-green building are also seen in the far background; an advertisement on the latter building advertises orange soda.

Both: Spread your hands across your face as if you are pouring dust on yourself when ''It's like gold dust'' is sung. 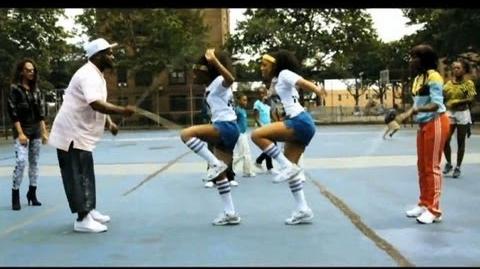 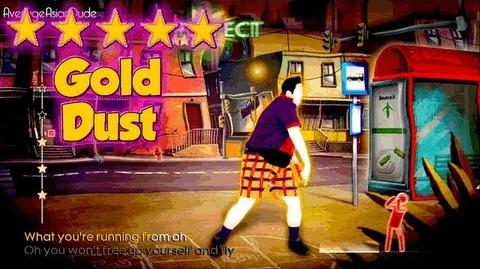