Only on Xbox 360,
if preordered from GameStop
(Doesn't appear sometimes)

The dancer is a man with a aqua toupee, dark blue goggles, a aqua sweater with yellow and blue shapes on it, dark blue pants with aqua pocket slits, and yellow shoes with aqua bottoms and laces.

In the remake, his appearance has a heavy difference. His cap and his shirt are magenta and he looks slimmer. His sweater has also been transformed into a button-up shirt. The dancer's shirt features 3 colors for the shapes and the pants are more indigo with yellow pocket slits.

The background is a few shades of dark blue with pink and black squares, split in half by the corners to look like separate triangles. They are seen pumping to the song, and sometimes switching colours. There's also a large red triangle floating around behind the black and pink squares. The floor has blue squares of different shades that light up to the song.

Gonna Make You Sweat (Everybody Dance Now) has a Mashup that can only be accessed on an Xbox 360 disc that was pre-ordered from GameStop. It only features coaches from songs in Just Dance 3.

Gonna Make You Sweat (Everybody Dance Now) appears in the following Mashups: 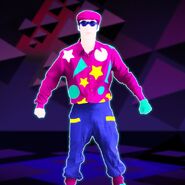 The song on Just Dance 3 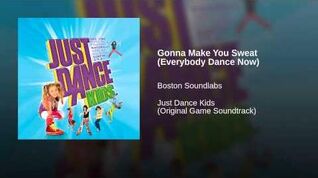 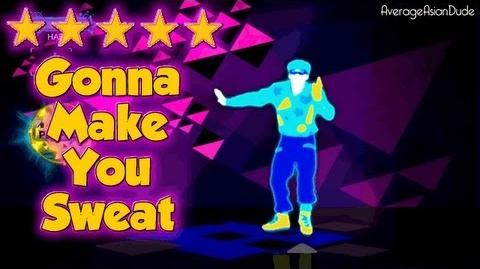 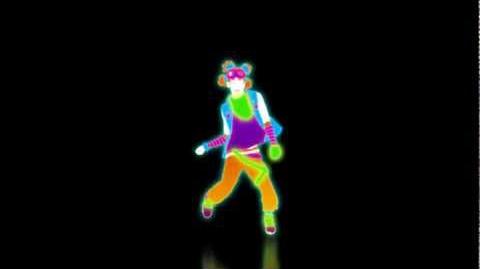 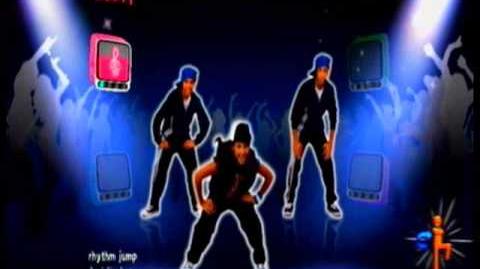