The routine is perfomed by a duet of a woman and a man.

P2 wears orange shutter shades, a purple sweater with colourful patterns which are the shapes of Africa, a yellow necklace, an orange bracelet, green pants, and yellow shoes. 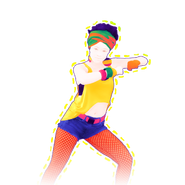 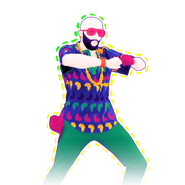 The routine takes place on an island. It contains a wall of colourful tiki patterns, light up trees, and faraway huts. The background changes from orange to hot pink and blue, and the lyrics of "Ba ba ba" and "Du du du" appear in large chalk-styled text.

There are 2 Gold Moves in this routine:
Gold Move 1: Move your left arm up and your right arm down.
Gold Move 2: Bend your legs and arms, as if you're covering of something (akin to Dare). This is the last move of the routine.

Gold Moves 1, 3, 5 and 6: Leap with your legs spread out and throw your arms in the air. (Summer (Fitness Dance))
Gold Moves 2, 4 and 7: Put both of your hands up pointing to the sky. (You Make Me Feel...)
Gold Move 8: Get down on your right knee and move your right arm across your face. This is the last move of the routine. (Feel So Right)

Hangover (BaBaBa) has a Mashup with the theme High Energy, which can be unlocked for 1000 Mojocoins. It features vigorous moves. 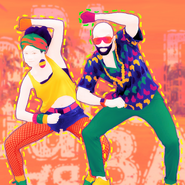 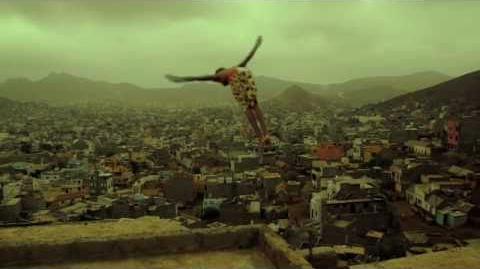 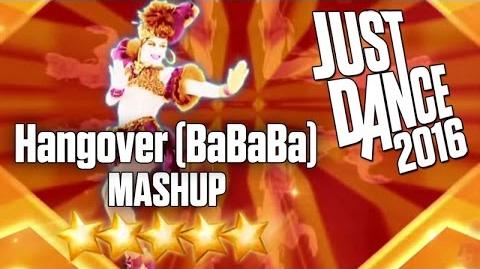