"Heart of Glass" by Blondie is featured on Just Dance, Just Dance 3 (as an Xbox 360 exclusive DLC) and Just Dance Now.

The dancer wears red,and purple shiny boots and a red belt. She also wears a purple romper, glasses, and a coronet.

In the remake, the dancer has a sky blue glow instead of a purple glow. Her romper is a little bit darker, and her boots are also less shinier than the Just Dance 3 version. 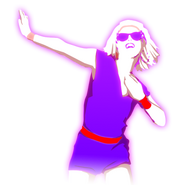 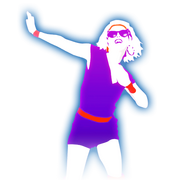 The background is similar to the Just Dance version. It is mostly green background, but the glass shards are now moving to the right, rather than falling. It is also in HD. There are also stage lights on the floor which produce a purple light.

There are a total of 3 Gold Moves in each game besides the original game, all of which are the same:

All: Raise both of your arms in a semicircle at the end of the chorus.

Heart of Glass is featured in the following Mashups:

Heart of Glass appears in Puppet Master Modes in Just Dance 4. Here are the captions attributed to her dance moves: 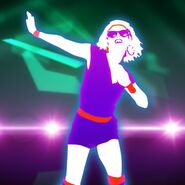 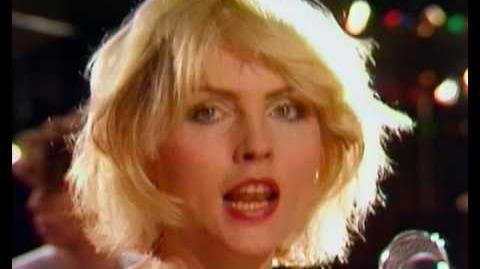 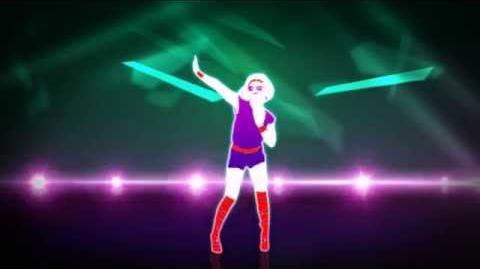