Only available on Wii U

The dancer is a woman with black cornrow hair, black shoes and a black shirt. She also has a purple jacket and purple jeans. In the verses her jacket changes from yellow to purple.The jacket and jeans change to green in the chorus and it changes to blue at the bridge of the song. She has a sky blue outline which changes to green.

The background is a purple screen. Lyrics from the song appear at certain times. During the chorus, it changes to purple and green. During the bridge, the dancer is seen with a pair of holograms behind her.

There is 1 Gold Move in this routine:
Gold Move: Put both of your hands out as if you are doing a "Stop" sign.

Hit 'Em Up Style (Oops!) has a Mashup exclusive to the Wii U.

Hit 'Em Up Style (Oops!) appears in the following Mashups:

Hit 'Em Up Style (Oops!) appears in Puppet/Party Master Modes. Here are the captions attributed to her dance moves: 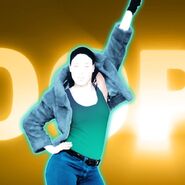 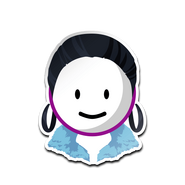 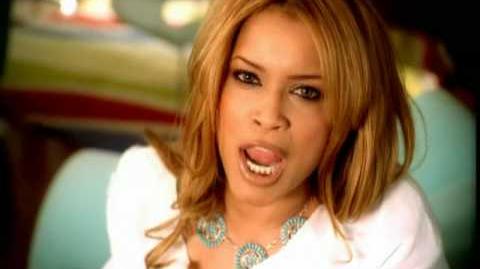 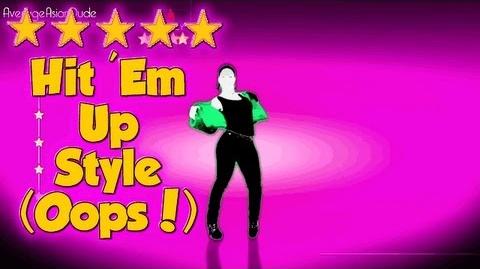 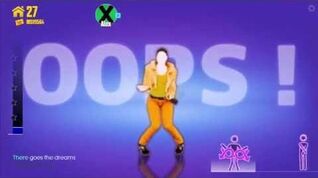