The dancer's design is the exact same as that of Hatsune Miku's, but with a hot pink glove added to her right hand, in which she holds a green leek. Evidently, she has long bright blue hair tied up in ponytails, a silver and black dress with a blue tie, black arm warmers, and black boots. Her body is static and blurry, and is generally translucent.

The routine takes place in front of a panel of digital screens. Vegetables such as leeks, turnips, and carrots appear in colored backgrounds on the screens, as does a scenic view of purple mountain caverns.

There are also two hologram projectors beside the dancer, which occasionally project bluish holograms of the dancer.

Ievan Polkka has a Duet Mashup with the theme B.F.F. which can be unlocked for 1000 Mojo Coins. It features duets with friendly relationships.

Ievan Polkka appears in Party Master Modes in Just Dance 2016. Here are the captions for her dance moves: 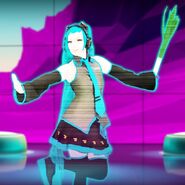 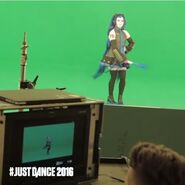 Behind the scenes
Oie transparent(1).png
Extraction of the dancer 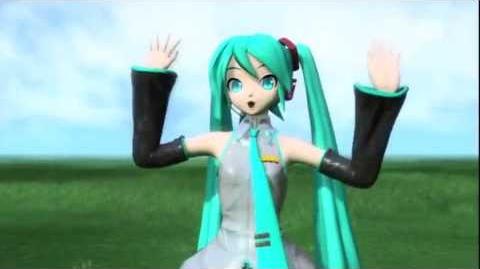 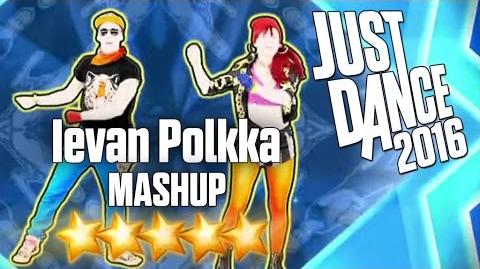