"Iko Iko" by Mardi Gras is featured on Just Dance 2 and Just Dance 3 (as a DLC).

The dancer, a woman, has a pink, purple, and light blue color scheme. Her wardrobe is like a tribal look, including a headdress with some flowers. She has some bracelets on her arms. Her shoes are red and purple. She looks like a New Orleans carnival dancer.

The remake shows the dancer in a slightly darker color scheme. She is now presented with a thin blue outline, and her skirt has elements of dark blue and pink. 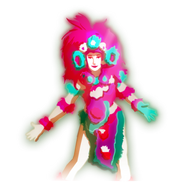 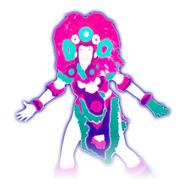 The dance takes place in a rainforest background. Because of this, there is grass and plants growing around the dancer's feet when she dances.

In Just Dance Now files, you can discover the names of the pictograms. Here they are: 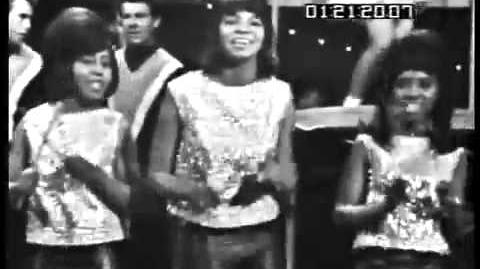 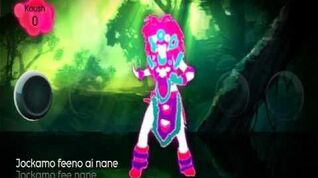 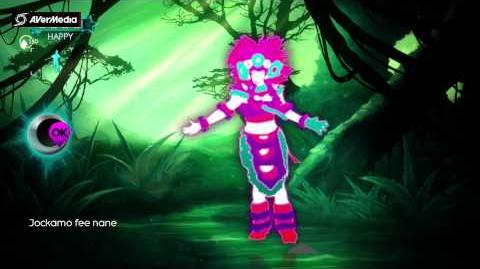 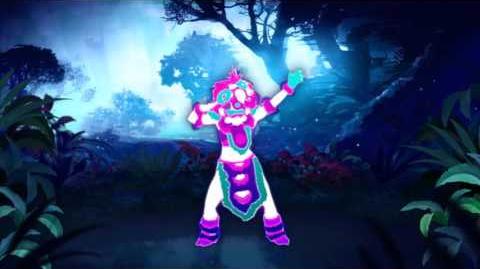