From the Movie
"Happy New Year"

"India Waale" from the movie Happy New Year is featured on Just Dance Now and Just Dance 2015 (as a DLC).

P1 resembles Shah Rukh Khan. He starts off with a dark blue suit over a formal tuxedo complete with a black bow. He wears long pants and black leather shoes.

After the bridge, his suit and tuxedo become a blue coat with golden strap buttons and shoulder patches. His pants also get a bit baggy. His shoes do not change significantly.

After the bridge, she is dressed in a glittery red top without a left sleeve and a red-and-gold skirt. Her shoes also become pink heels. 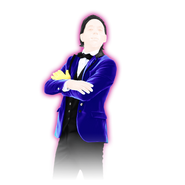 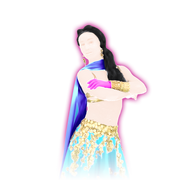 The dancers begin inside an Indian-themed room with flashing lights. A table is seen with candles in the far back. Backup dancers begin to appear within the building shortly after the first two Gold Moves. They disappear during the verse and only re-appear during the chorus. Golden rain appears during the bridge, which transforms the dancers. They are transported to a stage with flashing lights, stereos and flame effects. Yellow and red confetti shower over the dancers and their backup dancers, which look identical to them.

There are 3 Gold Moves in this routine, all of which are the same:
All: Point your right hand to the screen. 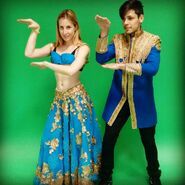 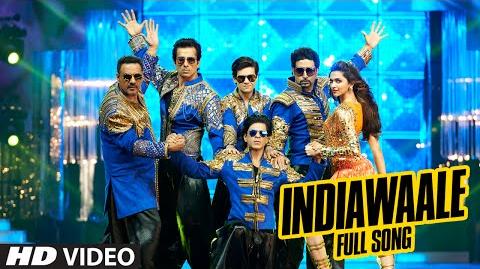 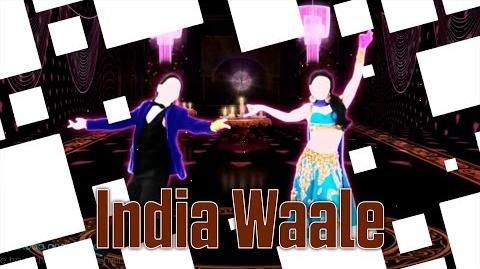 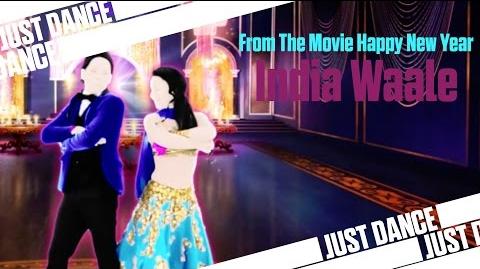