"Jambo Mambo" by Olé Orquesta is featured on Just Dance 3 (as a PS3 exclusive and a DLC for the Wii) and Just Dance Now.

The dancers consist of one female and one male, they wear the following:

P2 wears a turquoise hat over his blue hair, a turquoise shirt, a red glove, a pair of red suspenders, navy blue long pants and a pair of black sneakers. 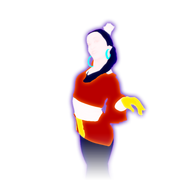 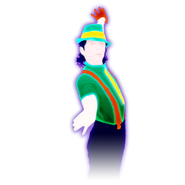 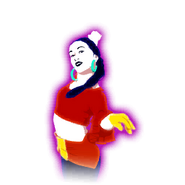 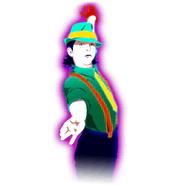 In Just Dance Now, the palms are in full opacity and the drums seem to be smaller.

There are 5 Gold Moves in this routine:
Gold Move 1, 3 and 4: Put your hands near your hips but without touching them.
Gold Move 2: P1 swings their right arm to the left and left arm up while P2 does similarly but in the opposite way.
Gold Move 5: Swing your right arm. This is the last move of the routine. 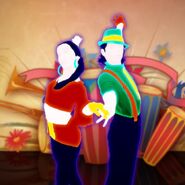 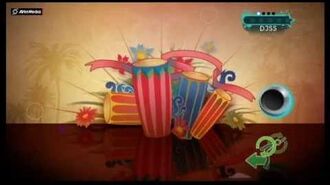 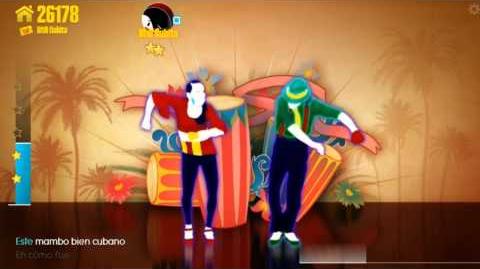