The dancer wears a Native inspired outfit: a pink top, a skirt full of leaves, a pink necklace and a lot of bracelets. Also, she wears pink anklets and a big feather crown on her head. She's barefoot.

In the remake, her color scheme is now different. The bracelets and a part of the feather crown are now black while the skirt, anklets, feather crown, and top are golden.

Shake Move 1: Shake both of your arms up and down while stepping on the floor with your feet.

There are 5 Gold Moves in this routine from Greatest Hits onwards; they aren't available in Just Dance: 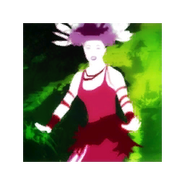 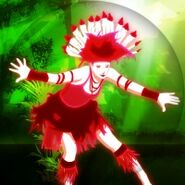 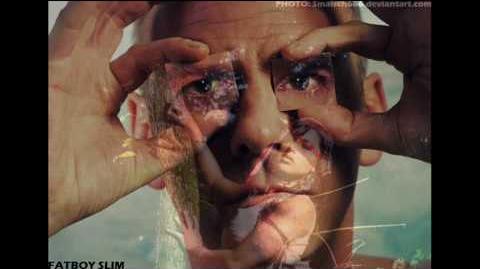 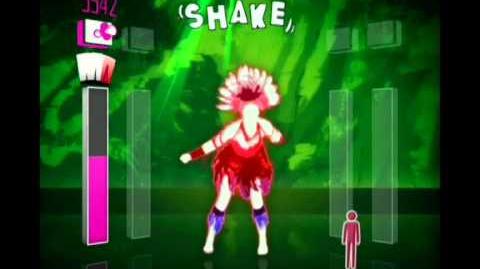 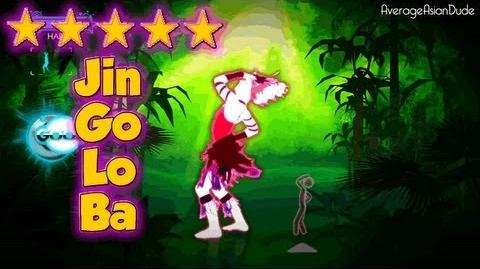 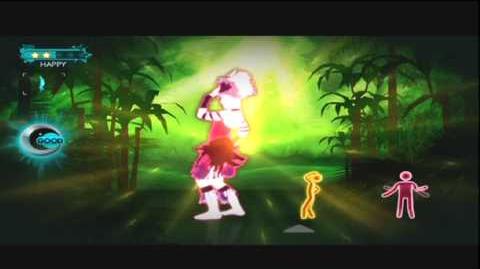 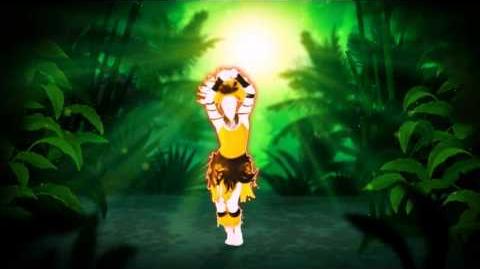