The dancer is a man with the following features:

He has a black suit with a hat, white suspenders and a white necktie.

The background takes place somewhere in a dark green jungle with dinosaurs. There are some green colored trees, some bushes, and some branches. At some points, coconuts fall out of nowhere.

Looks like a disco club with trumpets at the sides.

Only Gold Move: Step back and shake your hands. 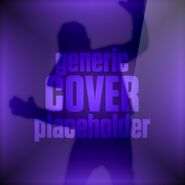 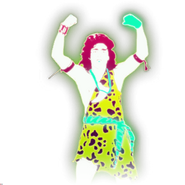 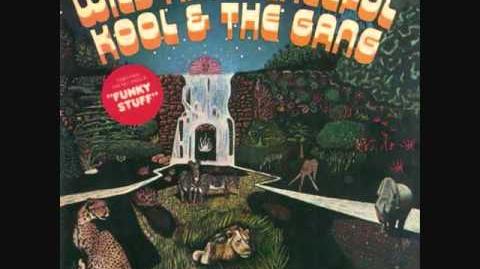 Kool And The Gang - Jungle Boogie 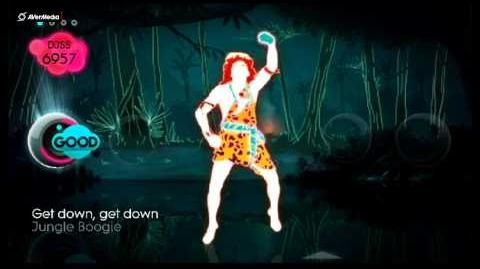 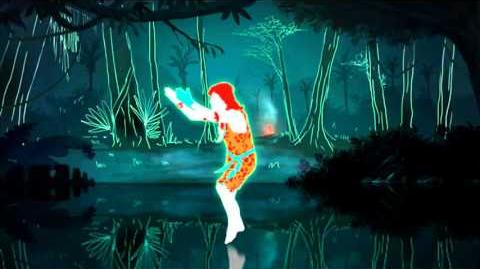 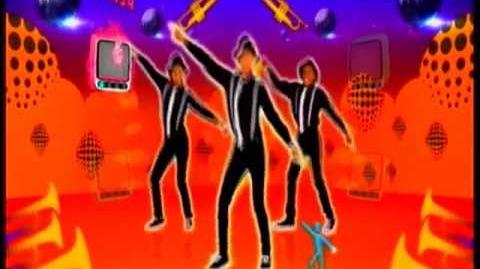