Appearance of the dancer

The dancer is a girl that looks like a student. She has black bobbed hair, wears a pair of glasses, an aqua shirt, a red bow tie, a pair of yellow suspenders, a red glove, a pair of orange-and-brown rhombus-patterned pants, a pair of aqua socks and a pair of black shoes.

A green old-style phone with moving keys, hanging golden and red stars and the number 6700 written on it. There are also many coloured circles (mainly in shades of orange and blue) and, sometimes, golden concentrical circles appear on the floor.

There are 4 Gold Moves in this routine.
All: Point to your left with your right hand with your left hand on your hip.

The avatar on Just Dance Wii U 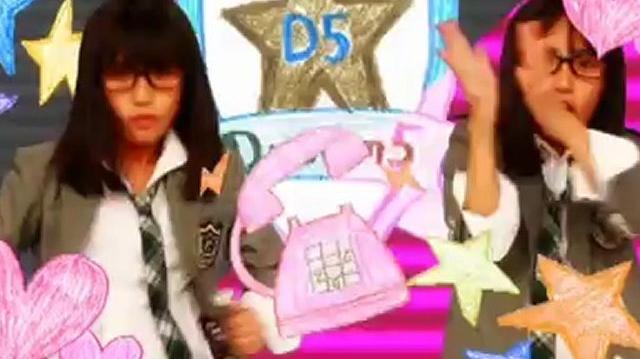 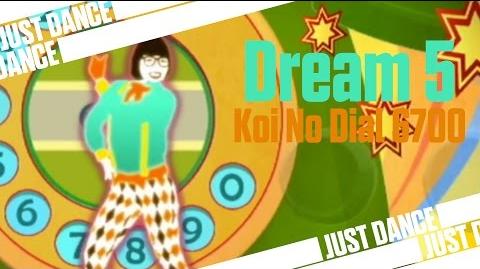