P1 has purple hair in a samuri bun and stick, a long mustache, a red robe, black pants and black slipper shoes.

The dancers are wearing black kung fu clothes, the first wears a red belt, the second a blue belt and the third a yellow belt. 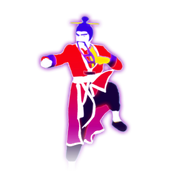 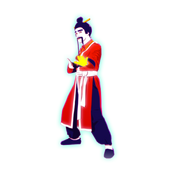 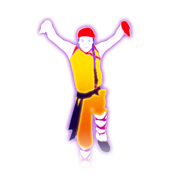 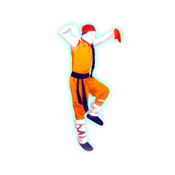 The background looks like an 8-bit arcade game. There is a cherry blossom tree and the dancers have 3 bars of health. At the beginning of the song it says "Insert Coin."

There are 4 Gold Moves in the routine.

Gold Move 1: P2 shoots a magic ball at P1 and P1 deflects it with an invisible bat.
Gold Moves 2 & 4: Put your arms up.
Gold Move 3: Similar to Gold Move 1 but is done with a bit more time in between so it is shown on two separate pictograms. 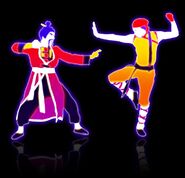 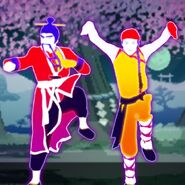 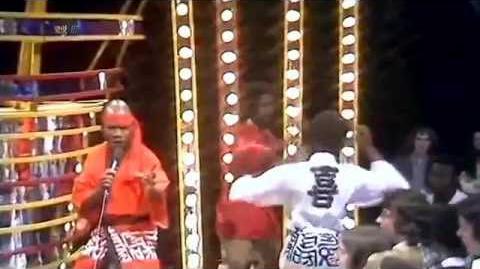 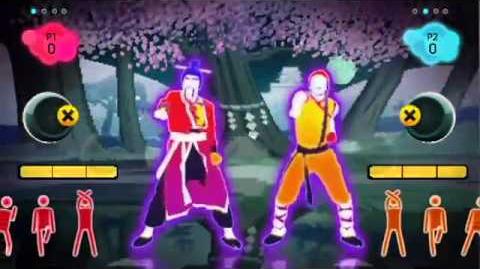 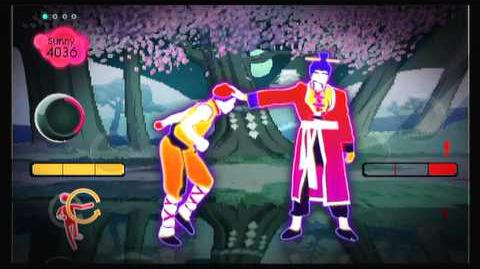 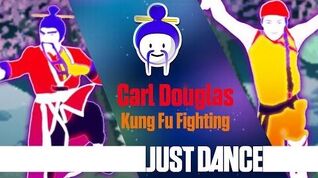 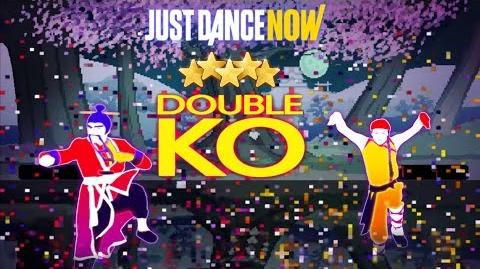 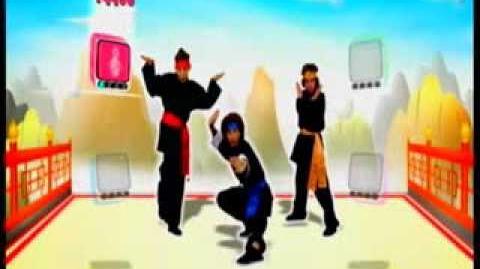