The routine is performed by a trio of men.

P1 has long black hair, gold headband and black sunglasses. He wears an orange jacket, a red shirt, black leather pants with old lines, and a pair of white and gold shoes. He plays the guitar.

P2 has black flat top hair. He wears black aviators, a purple blazer, a red shirt, black leather pants, and a pair of white and gold shoes. He plays the piano.

P3 has black hair and wears a gold cap. He wears a blue and yellow blazer, a red shirt, black leather pants, and a pair of white and gold sneakers. He plays the drums. 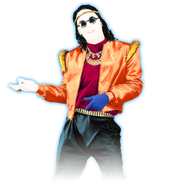 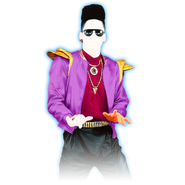 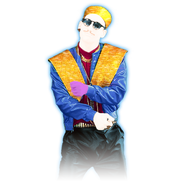 The background showcases an outer space design. In the middle is a triangle going into a deep black space with numerous stars. Around the triangle is another space layout with spaced out stars and a rainbow flowing outline. On the floor are thin orange circles. In the triangle displays an orange equalizer. In the end, the dancers jump into the triangle to leave the screen.

There are 7 Gold Moves in the routine:

Gold Moves 1 to 6: (P1) Push your arms towards the lead dancer. (P2) Point to P3. (P3) Throw your arms out while bent. This gold move starts with P1, and then P2 and P3 at the same time.
Gold Move 7: (All players) Hit the air twice while jumping and stand still while your arm is up.

Let's Groove has a Mashup with the theme Just Shine, which can be unlocked for 1000 Mojocoins. It is exclusive to eighth generation consoles. 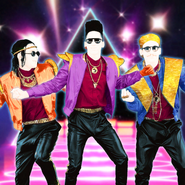 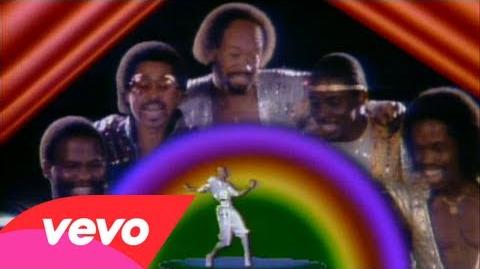 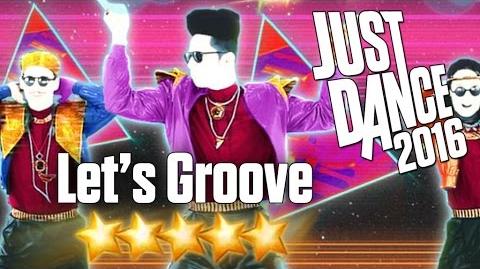 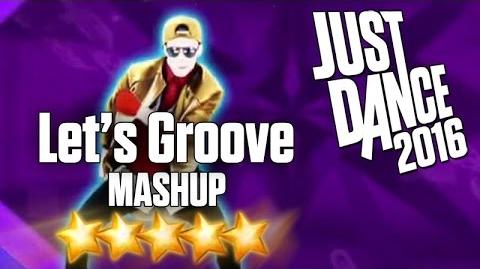