The dancer is a man who dresses with a rather classy style. He wears a pair of square-framed sunglasses and has a moustache and beard, mostly going underneath his head (similar to a goatee). His neatly combed hair is in a shade of dark brown nearing black. He is in a dark blue jacket with a light blue shirt, grey vest, and a black bow tie. His tight pants are dark blue and his shoes are grey, black, blue, and white.

The background is mostly red with blue, white, and black flying lines. The lyrics to the song show up on the background like devils, angels, risin' for the ground, risin' up to you, i need to know now, can you love me again, i told you once i can't do this again, demons and many more.

Gold Moves 1 and 3: Punch downward.
Gold Move 2: Hit the floor. (Similar to that of Funhouse)
Gold Move 4: Raise your arms. This is the final move for the routine. 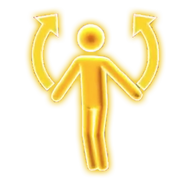 The Mashup has 5 Gold Moves:

Love Me Again has a Mashup with the theme Ex-Girlfriends. It can be unlocked for 20 Mojo coins on the Wii but with the use of Uplay for 30 Uplay points on all other consoles.

Love Me Again has a Community Remix. 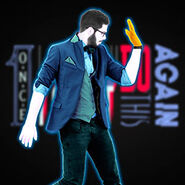 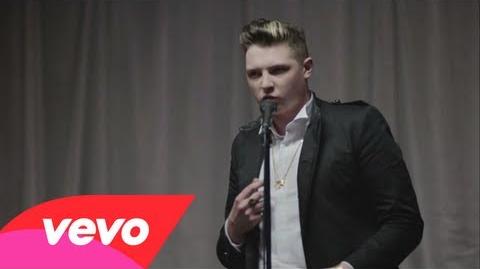 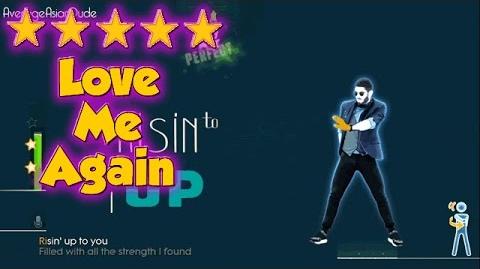 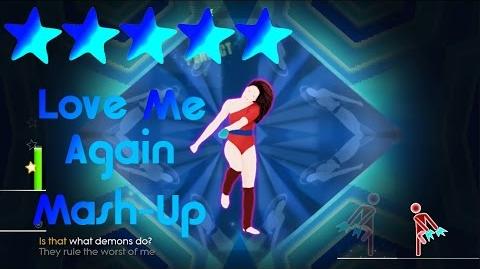 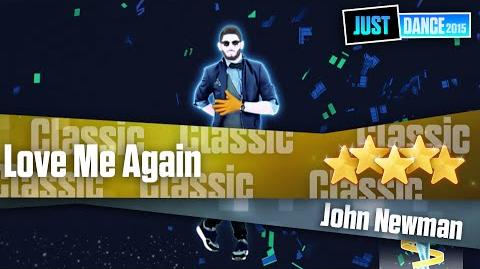