The dancer on the right is a woman with black fluffy hair with a red headband, a dark red long sleeve crop top, a dark red fringe skirt, and red heels. The dancer on the right is a man with long black hair, a black jacket with a few white vertical stripes, a red shirt, black track pants and black and red shoes. Both dancers have heavy eye makeup. In their remake they look more realistic and their faces dissappear. 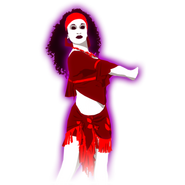 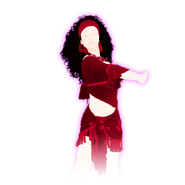 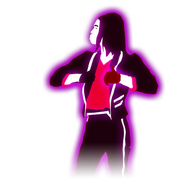 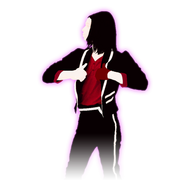 The background seems to be a red sunset, behind small mountains. In the middle it says 'Mamasita' on a piece of paper that circles around the stem of a rose. Just behind the rose there are branches that seem to come out of the ground.

In the Xbox 360 version, some rose petals fall from the sky.

In Just Dance Now, the background is purple. Sometimes it flashes pink.

There are a total of 4 Gold Moves in this routine, all of which are the same:
All: Fan yourself with both hands. This starts with P1, and then P2. 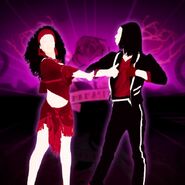 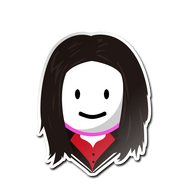 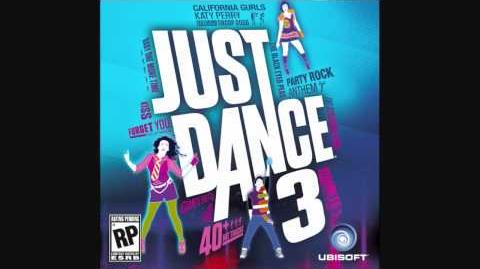