P1 wears a black tuxedo with purple buttons, along with a pink bow-tie and dark black shoes. He wears a pair of purple long pants.

P2 wears a sparkly pink one-piece dress and two long gloves; one is in a dark shade of red and the other is purple. She also wears hot pink high heels.

In the remake, nothing much has changed, but the dancers are more realistic and P2's glove is in a darker shade of Purple (compared to Just Dance: Best Of and Just Dance 2015's half-dancers). 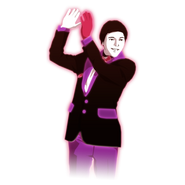 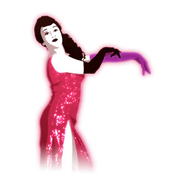 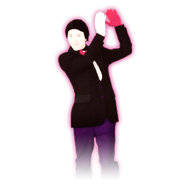 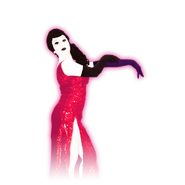 A brown stage with three microphones and the writing "JUST DANCE".

In the Just Dance Now remake, a purple soundwave is seen opening the routine. Soundwaves are also seen regularly appearing all over the background. The microphones are also in higher quality and look much more realistic.

Mambo No.5 (A Little Bit of Monika) is featured in the following mashup: 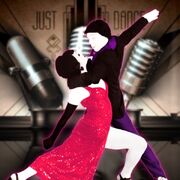 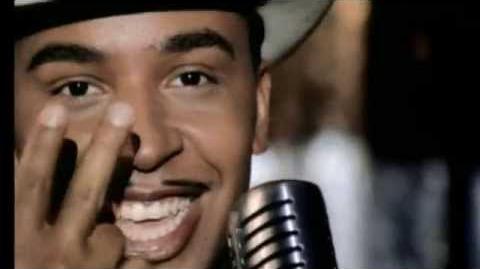 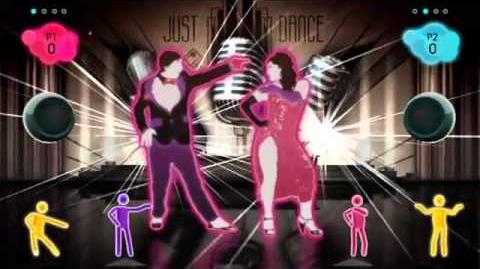 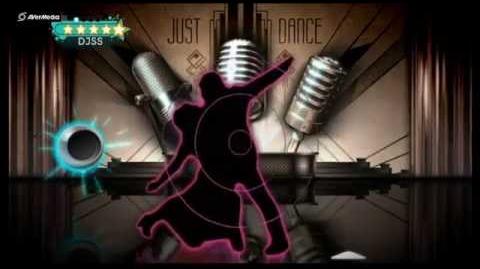