"Maniac" by Michael Sembello (covered by Studio Allstars in-game), is featured on Just Dance 2 (as a DLC) and Just Dance Summer Party.

The coach, a woman, wears a red cap over her long, flowing purple hair, a one-piece leotard, a blue blouse, as well as a pair of sport boots. She has a red outline.

It's simply a blue room with lighting bulbs. Sometimes, a dust rain comes from both sides of the place.

There are 4 Gold Moves in the routine:
Gold Moves 1, 2 and 4: Make a circle with both of your hands.
Gold Move 3: It looks similar to the other Gold Move but only with right hand.

Maniac is featured in the following Mashups: 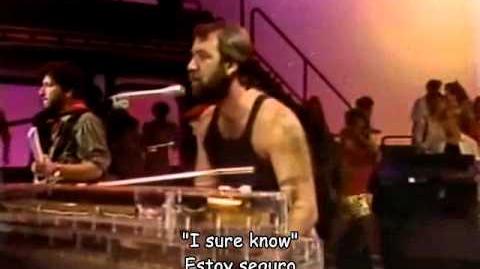 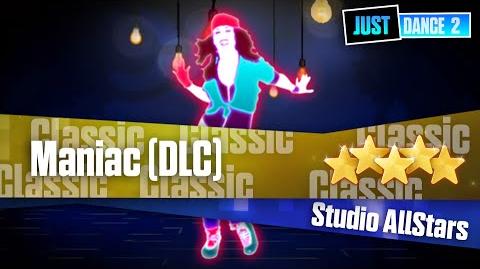 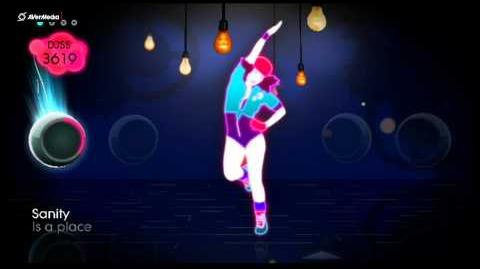 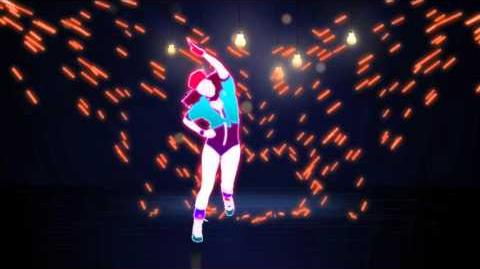