The dancer is a woman who is wearing a pink and blue dress and shoes, and has pink short hair. She looks like a 1980s homecook.

No visible differences are shown, except for the fact that the dancer seems to be more realistic, and that she is in a slightly lighter hue. 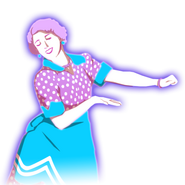 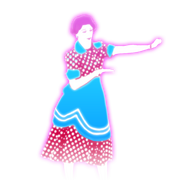 The routine takes place in front of a blue animated curtain with many cherries on it, and a red line at its bottom. If you look closely, you can notice that the curtain slightly moves a bit.

In this version, the curtain is replaced by a dark blue wall with many mirrors. The cherries are hanging on them and they sway at the beat of the song.

The background is the same from the Just Dance 3 version. However, the cherries now glow every beat.

There are 2 Gold Moves in the routine, both of which are the same; they are not available in Just Dance.
Both: Swing your right hand down, as if to wipe away sweat. 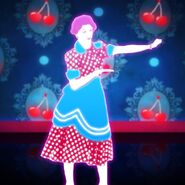 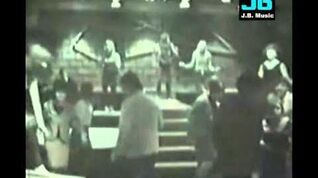 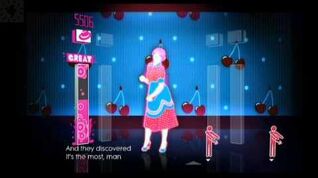 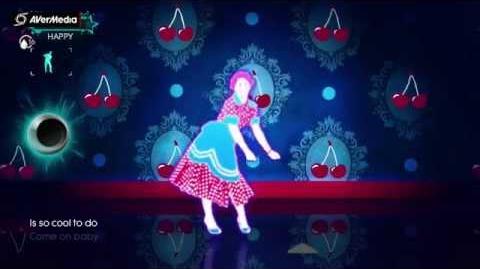 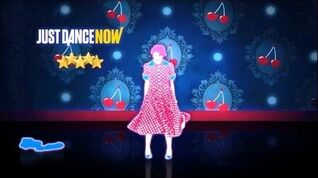