The dancer is a female teenager with very long black hair. She wears a red tank top that says Dance, a gold belt, a pink skirt & pink high-heels.

The background looks like a checkered wall, & a platform the dancer stands on that moves. She could be on an amusement park ride, or on the back of a car.

There are 5 Gold Moves in the routine:
Gold Moves 1, 3 & 4: Point with both hands to the left while they are in the air.
Gold Move 2: Raise your right hand with your left hand touching your head.
Gold Move 5: Put your hands together. This is the last move. 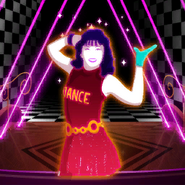 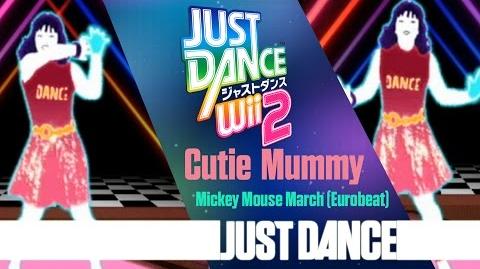