The dancer, a man, wears a blue and yellow hat (to disguise baldness), an orange and red shirt with an Atari creature, orange pants, and a pair of orange shoes with cyan blue laces. Briefly seen, he is wearing cyan blue underwear, which sticks out of his pants. 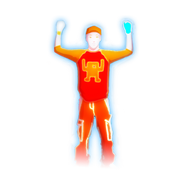 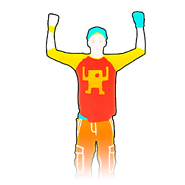 The dancer is dancing in an Atari-style park with trees, mountains with faces and a green car. There are little Atari creatures of many colors following the moves of the coach.

Gold Moves 1, 2 and 3: Move both of your arms down to your pelvis like you were doing before.
Gold Move 4: Make an upward 90 degree angle with both your arms, like a robot. This is the final move of the entire choreography.

Move Your Feet appears in the following Mashups: 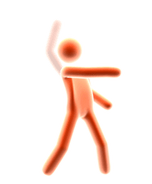 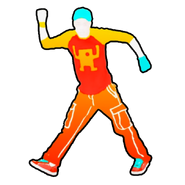 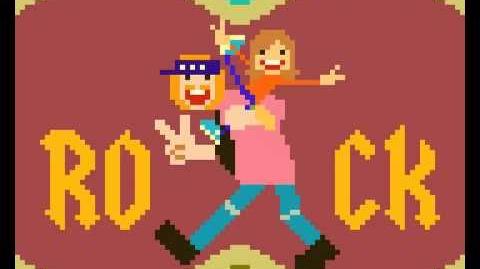 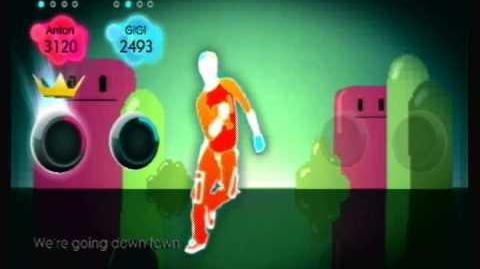 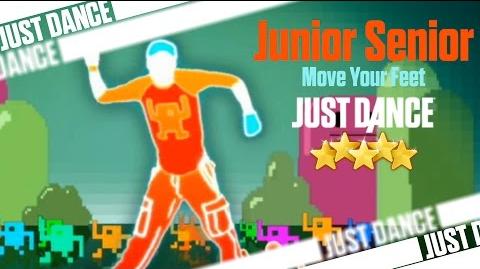 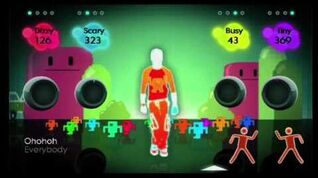 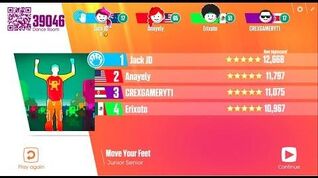