P1 is a man with a black afro, black sunglasses, a yellow disco outfit with blue and red dotted sleeves, and black shoes.

P2 is a red female raccoon with white and dark blue stripes on her face, a black stomach, and a yellow bow on her left ear.

The background contains a wall with a big star with stripes around it, and a floor with a similar looking star. The wall and floor's colours switch between dark blue, pink, purple, and yellow. The stars and stripes light up.

There are 3 Gold Moves in the routine:
Gold Move 1: P1, point at the screen; P2, shake your hands.
Gold Moves 2 and 3: P1, point to P2 with your right arm and keep your left arm on your hips; P2, throw your arms out with your left leg lifted. 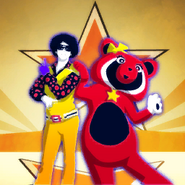 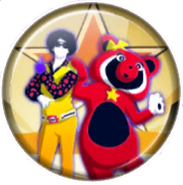 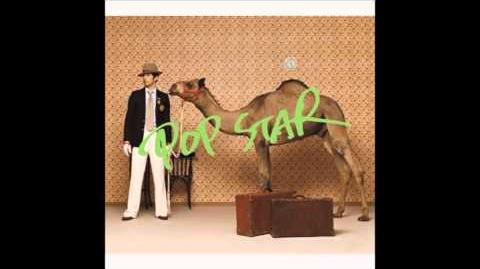 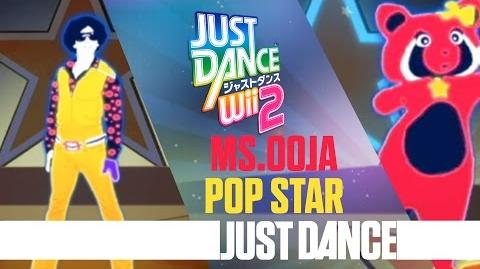