"Ready or Not" by Bridgit Mendler is featured on Just Dance Kids 2014.

The right dancer has long brown hair with a braid, pink and white shirt, blue jeans, and ochre boots.

The background starts in a square with many shops and a boulevard with many palm trees. The background changes in to a room with a glass wall and yellow floor with city lights in the background, highly resembling Beauty And A Beat and Kiss Kiss's background.

There is one Gold Move for the routine:

Only Gold Move: Punch the air repetitively with your right arm. 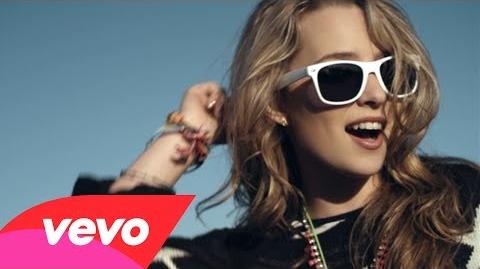 Bridgit Mendler - Ready or Not 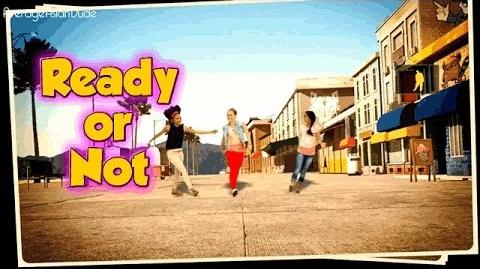