The routine features two female dancers, both of whom resemble the members of Wink.

P1 resembles Shōko Aida. She has blue hair that is longer than P2’s hair. She also has blue hair clips, a blue necklace, and a blue shirt, along with a red skirt and purple high-heels.

P2 resembles Sachiko Suzuki. She has blue hair that is shorter than P1’s hair, a yellow hair clip, and a yellow shirt, along with a blue skirt and purple sandals. 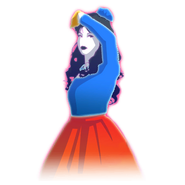 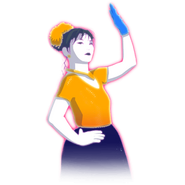 The routine appears to be taking place within a hall with two long staircases. There are two fish for decoration behind the dancers (P1 has yellow, P2 has blue.)

There are a total of 3 Gold Moves in this routine: 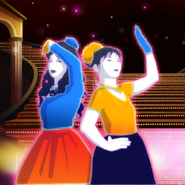 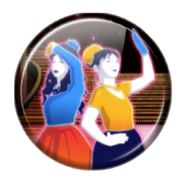 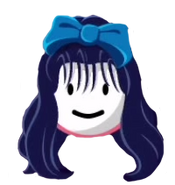 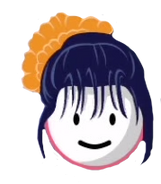 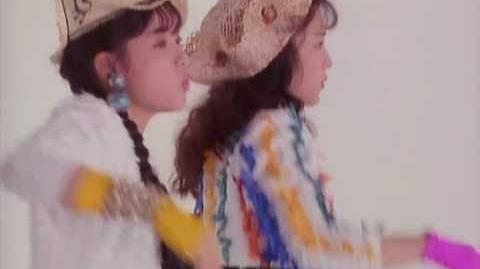 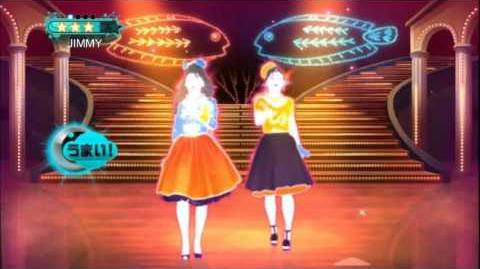