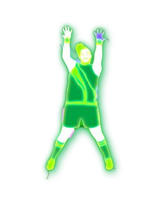 The dancer is a man that has green standing hair, green clothes and green socks.

In the background there are glowing triangles, coloured lines and squares.

This song has 4 Gold Moves, all of which are the same:
All: Slowly make a circle with both of your hands.

Skin-To-Skin appears in the following Mashups:

Skin-To-Skin appears in Puppet Master Modes in Just Dance 4. Here are the captions attributed to his dance moves: 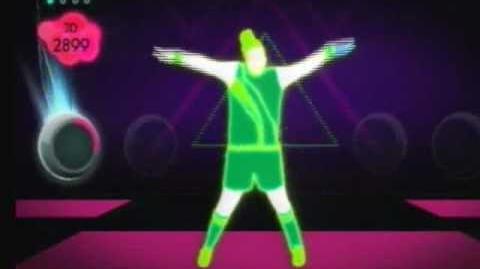 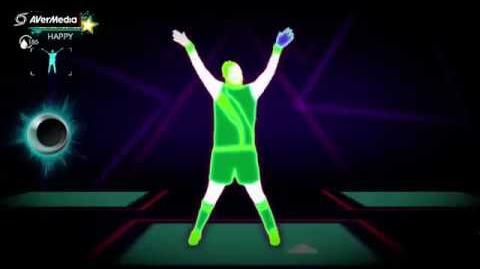